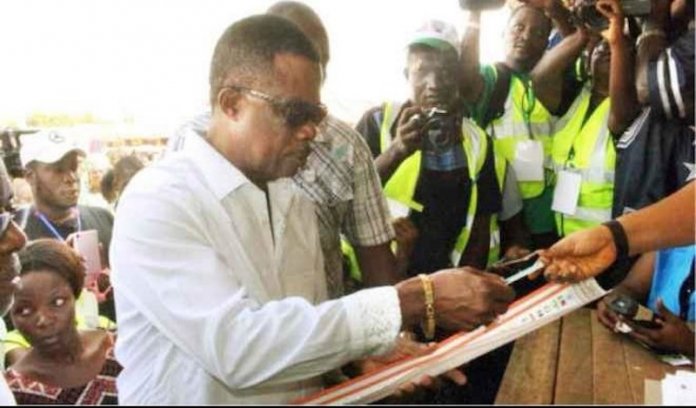 The Governor of Anambra State, Chief Willie Obiano, has lost his Local Government Area, Anambra East, to the Peoples Democratic Party (PDP) in the presidential election held on Saturday.

Obiano is the national leader and chairman board of trustees of the All Progressives Grand Alliance(APGA), which also fielded a presidential candidate, Gen. John Gbor (rtd) for the 2019 election.

Obiano was alleged to be supporting President Muhammadu Buhari of the All Progressives Congress(APC), but he denied the allegation, saying that his party was fielding a presidential candidate, and he was committed to delivering him.

But from results announced by the local government collation officer for Anambra East LGA, Prof Boniface Ekechukwu, APGA scored a total of 3,027 votes out of the total number of accredited voters of 26,607 in the LGA where the governor is deemed to be very popular.

Though many still believe that Obiano was still committed to delivering President Buhari in the election, but from the results declared, APC scored 6,755 votes in the election.

The candidate of the Peoples Democratic Party (PDP), Alhaji Atiku Abubakar, and his running mate, Mr. Peter Obi however polled 13,422 to emerge victorious in the local government
area.