The Federal Ministry of Industry, Trade and Investment led project Made in Nigeria for Export, aims to develop world-class special economic zones in the country, writes Obinna Chima

Unfortunately, the results have been disappointing as things continue to remain the same.
Some of the factors that have stalled the country’s industrialisation story include policy summersault, market failure, lack of political will and market distortion. Indeed, the slow pace of Nigeria’s industrialisation is responsible for the nation’s disappointing performance in tackling poverty and providing jobs for its bulging youth population.

That is why whenever commodity prices decline and global grow slows, the country is always affected.
In fact, Nigeria’s high import dependence explains why the naira, the country’s currency is often the bellwether for Nigeria’s economic health.

Clearly, the need to accelerate the country’s industrialisation, the Economic Recovery and Growth Plan (ERGP) had identified the development of Special Economic Zones (SEZs).

The SEZs are major strategic tools to accelerate the implementation of the Nigeria Industrial Revolution Plan (NIRP). Also, the project MINE (Made in Nigeria For Exports) was envisioned by the Federal Ministry of Industry Trade and Investment (MITI) and the Nigeria Export Processing Zone Authority (NEPZA), to develop SEZs to world class standards and position Nigeria as the pre-eminent manufacturing hub in sub-Saharan Africa and a major exporter of made in Nigeria goods and services regionally and globally.

Project MINE, which is to develop the world-class zones, was designed to position Nigeria as the pre-eminent manufacturing hub in sub-Saharan Africa, and a major exporter of made in Nigeria goods and services regionally and globally.

Others include the creation of local models of global best practice in provision of world class infrastructure at competitive costs connecting SEZs to international and regional markets with transport links, uninterrupted power, ICT, water, sewage and other services to ensure smooth and efficient operation of SEZ businesses; promote the “cluster” effect to be gained by locating similar export-oriented manufacturing businesses within the same locality and attract world class investors with strong positions in global supply chains and investors with potential to increase the scale of operations rapidly to set up operations in SEZs.

“The first phase of the project is to focus on the development and upgrade of SEZs in 12 states across Nigeria, following which the initiative will be extended to other States in subsequent phases.

“This involves, among others, partnering with the private sector to develop new world-class SEZs in Abia, Katsina and Lagos as pilot projects to demonstrate proof of concept and provide models for future SEZ development Nigeria.

“The leadership of MITI is supported by a Project Steering Committee (SteerCo), with membership drawn from a cross section of stakeholders, set up to support project oversight, governance and implementation.

“It meets on a regular basis to review progress of project implementation, proffer advice and assist in problem solving,” the Ministry of Industry, Trade and Investment had explained.

To this end, on June 2018 the Nigeria SEZ Investment Company Limited (NSEZCO) was set up as the special purpose vehicle to deliver project MINE and harness the federal government’s spending on the SEZs.

However, even as major Development Finance Institutions (DFIs) were committing to fund the development of the SEZs in Abuja, work had commenced on Enyimba Economic City in Abia State.

“We agreed to be part of the project because it has been long-overdue. We have no doubt that it will succeed,” Managing Director of the Bank of Industry, Mr. Kayode Pitan had said.

For Abia State Governor Okezie Ikpeazu and the communities that donated land, it was hope kept alive as the management of Nigeria SEZ Investment Company Limited (NZESCO) and the Chief Executive Officers of Afreximbank, Bank of Industry and Nigeria Sovereign Investment Authority (NSIA) signed the dotted lines at an event presided over by President Muhammadu Buhari in the Council Chambers of Aso Rock.

According to the Minister of Industry, Trade and Investment, Dr. Okechukwu Enelamah, “the initial projects such as the Enyimba Economic City, are underway and feasibility studies are going on in 8 states.”

The three DFIs were among the five to partner with NSEZCO and the Ministry of Finance Incorporated. NSEZCO intends to raise at least US$500 million in equity over the first five years to develop special economic zones in the country.

“This project will blossom and create 200,000 jobs because of the sheer enormity of the positive effects on my people. I see the concomitant impact on the life of my people and area.

“I know my people are people who want to create things, so all you need to do is to make them neighbours to people who are actively manufacturing,” the president said.

The Enyimba Economic City project believed to be capable of sparking industrial revolution in the South-East is a 9, 803 hectares of land, spanning three local government areas of Ukwa East, Ukwa West and Ugwunagbo.

It is located at the centre of the five South-east and four South-south states and it is to be designed to drive massive economic expansion of the region and by extension Nigeria.

The agreement for Economic City is a public- private partnership of NSEZCO, which holds 20 per cent stake, with the Abia State Government and Crown Realities Plc.

Managing Director, Enyimba Economic City Development Company Limited, Mr. Darl Uzu, noted that “the investment will facilitate the development of the economic city in line with government’s policy objectives and have a transformational impact in the entire South-Eastern and South-Southern area of the country.”

And further to the Memorandum of Understanding signed with the Federal Ministry of Industry, Trade and Investment, the Shandong Ruyi Group of China had announced an investment commitment of $2 billion to the Cotton, Textile and Garment industry in Nigeria by way of anchor investments in manufacturing facilities in Enyimba Economic City, Abia State, Funtua Cotton Cluster and Lekki Free Trade Zone.

In Lekki, the Lagos State Government has allocated a parcel of 1,000 hectares of land in the North East Quadrant of the Lekki Free Zone to the project company to be owned jointly by its holding company, Lekki Worldwide Investments Limited and NSEZCO.

Providing the background of the initiative, the President said: “When we decided to continue with the implementation of the Nigeria Industrial Revolution Plan of the previous Administration and launched our Economic Recovery and Growth Plan to fast track implementation, we had a vision of Nigeria as the pre-eminent manufacturing hub in Sub-Saharan Africa and a major exporter to our immediate West African sub-region, the rest of Africa and indeed the World.

“Special Economic Zones have an important role to play in achieving this vision.  They offer investor friendly incentives, world class infrastructure and ease of doing business in order to attract local and foreign investment and have been used as a catalyst for rapid and inclusive development, job creation, industrialisation and diversified export earnings in several countries.”

On his part, the President and Chairman of the Board of Directors of Afreximbank, Dr. Benedict Oramah, said the objectives of the bank aligns with that of the project and they are pleased with the ability of the project to grow industrialization.

Managing Director of Nigeria Sovereign Investment Authority, Mr. Uche Orji, thanked the president for the opportunity of the NSIA to participate in the project.

“The board saw it as an opportunity to help SEZCOs lift the country through industrialisation. It is a good platform for attracting investors and we look forward to its implementation,” he said. 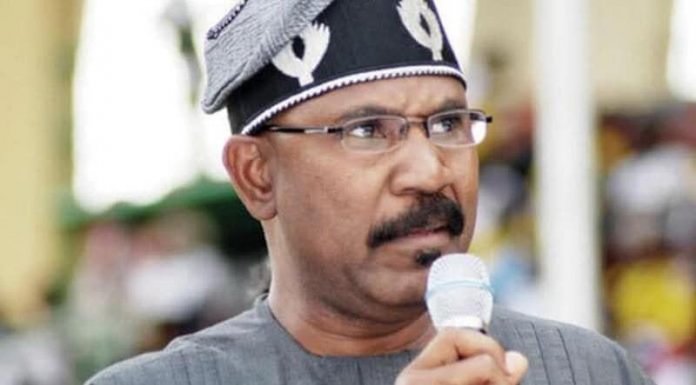 ‘Obey Curfew, be Patient with Govt’