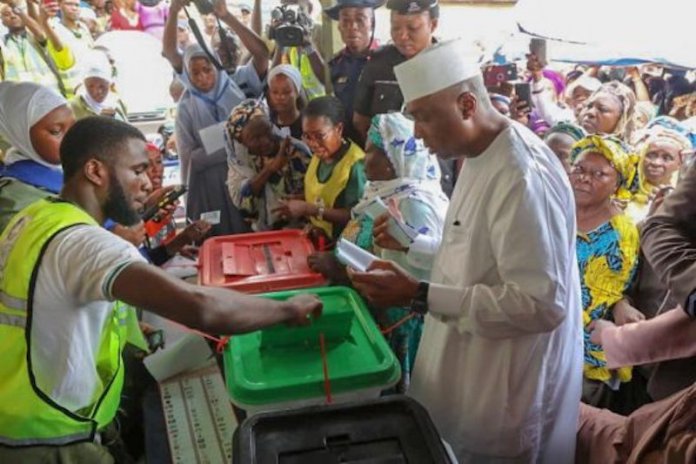 Senate President Bukola Saraki has lost in two of the four local government that make up his Kwara Central senatorial district in the senatorial election held on Saturday.

According the results announced by the State INEC on Sunday, the Senate President lost in Asa and Ilorin East local government areas.

Meanwhile, the remaining two local government councils that make up the Kwara Central senatorial district of the state are still being awaited at the time of filling this report.

Also, the results of six federal constituencies in the state are yet to be released.