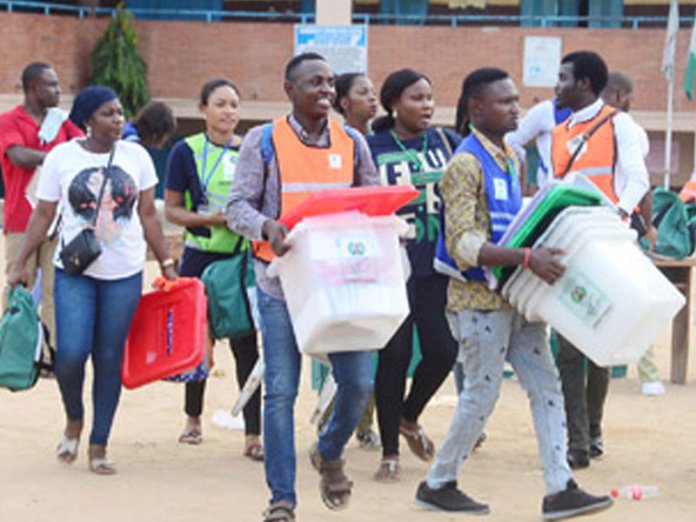 After a false start by the Independent National Electoral Commission (INEC) which saw to the postponement of the presidential and national assembly election initially scheduled to hold on 16th February, the exercise finally held yesterday. Across the country, a slew of young and old voters, including many first-timers, defied the odds by waiting for hours in line in several poll stations just to cast their ballots. With the results being tallied, it is important for INEC and the security agencies to ensure that the efforts of Nigerians were not in vain. Whether for the national assembly seats or the presidency, the outcome should reflect the wishes of the electorate.

However, it is disappointing that old problems still manifested in several states of the federation yesterday. There were recurring logistical problems that suggested the inability of INEC to conduct a hitch-free election. Some of the challenges include non-performance of card readers, late arrivals of polling officials, inadequate security arrangements which allowed hoodlums to disrupt the exercise in some areas and outright violence. There were a few fatalities and cases of ballot snatching and destruction. Reports from Bayelsa, Lagos, Ebonyi, Rivers, Akwa Ibom, Delta, Zamfara and Kogi were particularly unedifying as the exercise was marred in some areas by recourse to brigandage. There were also incidents of vote-buying. We hope the authorities will investigate some of these electoral offences and bring the culprits to book.

In a rare display of statesmanship on Friday, President Muhammadu Buhari reminded Nigerians that while democracy remains the most beneficial way to select a nation’s leaders, it also “requires a combination of patience, tolerance, compassion, diligence, wisdom and hope.” These traits, which he affirmed “exist in us the Nigerian people”, will be sorely tested in the coming hours as the people await the first batch of results from the federal constituencies across the country for both the House of Representatives and Senatorial seats. But the big one is that of the presidency that could take days to tally up.

Given how high the stakes usually are with such elections in Nigeria, it is no surprise that there are already accusations and counter-accusations by politicians across the divide. There will be more in the coming hours and days. It is not something that should worry Nigerians. It is part of the usual rites. But we are not oblivious of the competitive nature of this presidential election. Even though 73 candidates are on the ballot, the contest is essentially between the incumbent President Buhari of the ruling All Progressives Congress (APC) and former Vice President Atiku Abubakar, candidate of the main opposition Peoples Democratic Party (PDP). All things being equal, a winner is expected to emerge from between these two candidates.

While casting his vote alongside his wife, Patience, in his village of Otuoke, Bayelsa State yesterday, former President Goodluck Jonathan urged that any candidate who loses the election should accept defeat. Nobody is perhaps more credible in the country to render such an advice to the two leading candidates. In signing a peace accord in January, both Buhari and Atiku reaffirmed their commitment “to refrain from making or sponsoring public statements, pronouncements, declarations or speeches that have the capacity to incite or cause violence, before, during, and after the elections”. If these two candidates live up to their words in the days ahead, there will be no need to worry over the outcome of the elections that should help to advance the cause of democracy in Nigeria.

Meanwhile, we also call on their supporters to exercise restraint as they await the results. Those who voted yesterday must come to terms with the fact that whatever they do or say in the coming hours or days will not change anything. By voting, they have performed their civic duty as citizens. So, arguing with people in the social media or fighting on the street is pointless and counter-productive. We urge all Nigerians to remain calm as they wait the definitive results from the presidential and national assembly elections from INEC.

Quote
In signing a peace accord in January, both Buhari and Atiku reaffirmed their commitment to refrain from making or sponsoring public statements, pronouncements, declarations or speeches that have the capacity to incite or cause violence, before, during, and after the elections