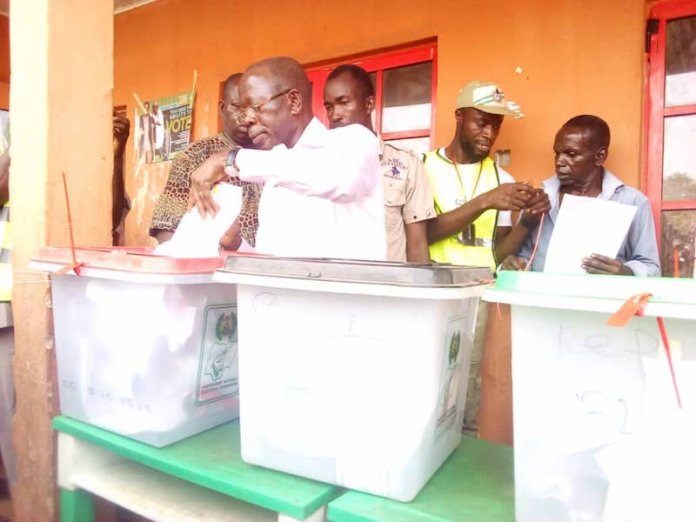 Mr Adams Oshiomhole, National Chairman, All Progressives Congress (APC), said on Saturday that the turnout of voters was impressive in spite of the postponement of the election date by Independent National Electoral Commission (INEC).

He commended INEC after he cast his vote at about 11:55am at his Ward 10, Unit 1 at Iyamho in Etsako West Local Government Area of Edo, observing that the turnout was massive compared to previous elections in the country.

“I have been voting here since 1999 and the turnout here today is totally unprecedented and some of you who have witnessed previous voting here will agreed that it is almost three, four times higher.

“Those with small babies on their back who have come to vote, I am touched, I think so far, so good, they say it is never over until it s over, for now I am satisfied with what I have seen here.

“I am not a future teller, and I am not here to campaign, but I have always said, the thing about election is comparing one with other.

“Now from evidence now, our own candidate President Muhammadu Buhari went around the 36 states.

“I am very confident that if everything goes round like this Nigerians will win, Nigerians must win, and once Nigerians win no problem’’, he said.(NAN)