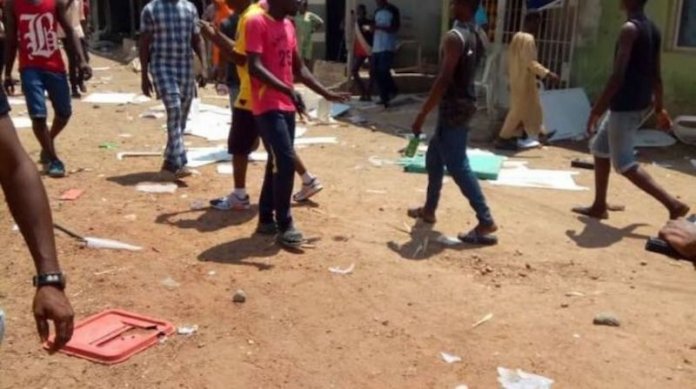 There were reports of hijacking of electoral materials from seven wards at Bassambiri and Oluasiri in Nembe Local Government Area, the Bayelsa State Deputy Governor John Jonah’s hometown on Saturday.

Several women also besieged the office of the Independent National Electoral Commission (INEC) to protest the disappearance of materials meant for Opu Nembe and Oluasiri by suspected thugs who used a surveillance contractor’s platform in the area.

The women, who demanded the release of the electoral materials, are from seven wards of Bassambiri and Oluasiri, Nembe Local Government Area.

It was learnt that the materials for Nembe Constituency 2 and 3 comprising Opunembe and Oluasiri were hijacked and taken to Darius Hotel in Bassambiri.

The Nembe Local Government Chairman, Mr. Sunny Erewari, said that the women were protesting because they could not vote in spite of the fact that they all had their permanent voters cards(PVCs).

The local government agent for the Peoples Democratic Party (PDP), Mr Jonathan Obuebite, said that elections did not hold in Nembe and Bassambiri and called for the cancellation of the exercise there.

He said that while the security agents were doing their best to prevent total breakdown of law and order, a certain army lieutenant accompanied some thugs to perpetrate the mayhem in Nembe.