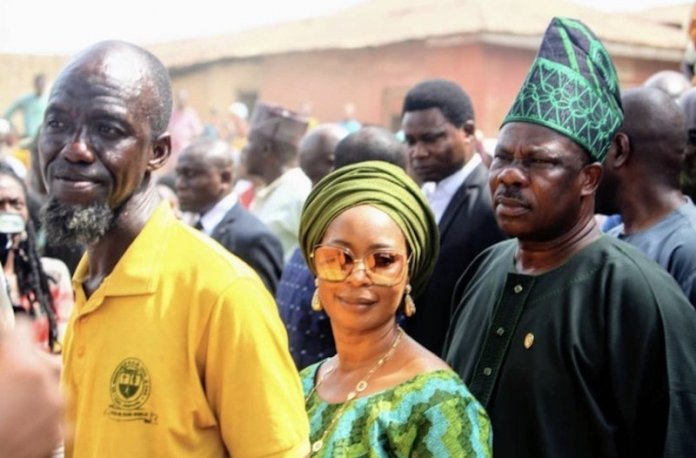 The Ogun State Governor, Sen Ibikunle Amosun, faced a challenge at his ward where he wanted to cast his votes for both the Presidential and National Assembly elections when the card reader rejected his thumbprint.

Amosun who, in company of his wife, Olufunsho, arrived at his polling unit 8, Ward 6, Ita-gbangba, Itoko, in Abeokuta South Local Government Area of the state, in an unmarked SUV, at 10:50.am was beset with the problem of casting his votes.

When it was the turn of the governor to cast his vote at 12 noon, the card reader rejected his thumbprint until a technician came to his rescue and worked on the machine.
However, the technician asked Amosun to wash his hand which later paid off, before he could vote.