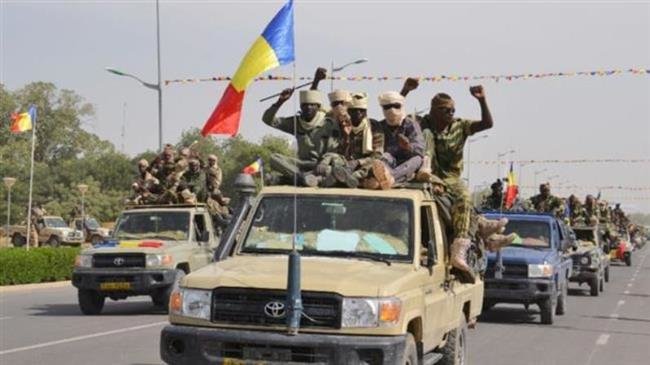 A contingent of more than 500 Chadian troops entered Nigeria yesterday to “lend a hand” to the Nigerian army in its efforts to tackle the Boko Haram jihadist group, a Chadian army spokesman told AFP.

The soldiers, part of a regional force comprised troops from Nigeria, Cameroon, Chad and Niger, will be deployed on Saturday, the day Nigerians will vote in presidential and parliamentary elections.

President Muhammadu Buhari, seeking re-election, vowed on the same day that voters will be able to vote, despite a week-long postponement and renewed violence.

The election campaign has coincided with fresh violence in the north, blamed on both criminal gangs and Boko Haram jihadists.

Yesterday, four people were killed and seven more reported missing in an attack attributed to Boko Haram jihadists on a small settlement in southeast Niger Republic, a local official there said.

More than 200 people have died since the start of this month alone.

In 2015 Buhari was elected on a promise to put an end to the Boko Haram threat.

The conflict between Boko Haram and the Nigerian army has claimed more than 27,000 lives since 2009 and more than 1.7 million people are still unable to return to their homes.

And the problem has spread across to the other countries in the Lake Chad region.