The Abuja City Gate is a national monument. Built by the regime of General Ibrahim Badamasi Babangida (rtd.) to commemorate the relocation of the seat of power from Lagos to Abuja in 1991, the ACG’s significance lies not only in being a pavilion but also as the major ceremonial entrance as well as a welcoming sign to all visitors to the new capital city. The then government boldly inscribed ‘YOU ARE WELCOME’ below the nation’s coat of arms hung in between the two pillars holding the map of the Federal Capital Territory.

In later years, much improvement has been done on the pavilion especially the roads around the monument. And around the gate, more monuments are springing up. Even the private sector is not left out in the efforts to develop the entrance area to Abuja. Among such interesting places people may visit near the gate are the multi-million naira Wonderland Amusement Park, Abuja National Stadium and BeeLoved Frangrances Limited.

In the past couple of years, it was self-evident to describe the city gate as a symbol of unity among Nigerians. Now it is assuming a partisan coloration, thanks to the erection of a giant broom, the symbol of the ruling All Progressives Congress (APC) at the site about two weeks ago. Since this bold desecration of the monument, there is no doubt that it has begun to lose its appeal to visitors.

Indeed, not a few Nigerians have cried out against the brazen abuse of this important project. They are worried why a party symbol would be erected at such a site owned by 190million Nigerians and not just card-carrying members of the ruling party. “Just drove past the installation of a giant broom, the symbol of the ruling party, near the Abuja city gate, a national monument. This shouldn’t be allowed for whatever reason,” wrote a bewildered Nigerian on his tweeter handle, @rotexonline. Another commentator, @Phabsoul said: “APC, Nigeria does not belong to you, you did not make us, we made you. The broom is not our flag. Please take down that dirty thing and be civil. This is an irritating and annoying site to behold at the city gate, Abuja.”

More worrisome is the party’s claim of ignorance to this impunity writ large. Lanre Isa-Onilu, national publicity secretary of APC was annoying when he said, “the giant broom was erected by Nigerians who support the Buhari-led administration.” He was not bothered about the obscene broom. Rather, he was content to tell Nigerians that they all have access to the gate and could go and erect their own symbols. So also is the ridiculous statement from the Federal Capital Department of Outdoors Advertisement Services (DOAS) that it approved the erection of the broom in front of the gate! This is sheer madness, the height of recklessness. It is high time Nigerians and the ruling party and government agencies learnt to distinguish and draw a line between politics and national development. Currently Nigeria has some 91 registered political parties. How would the city gate look like if all the parties erect their symbols in and around the structure?

As Kassim Afegbua, a spokesperson for the Atiku Campaign Organisation said, “This is the most unconscionable piece of idiocy by the APC-led federal government to betray the fundamental objective of citing the Federal Capital Territory in Abuja devoid of any shade of partisan coloration or affiliation. A party symbol cannot be erected at such a location to deface the point of entry to a city that symbolises our unity. It is a huge joke taken too far, and the APC leadership should quickly direct the immediate removal of that poisoned chalice for the sake of our collective unity.”

The broom must be taken down. 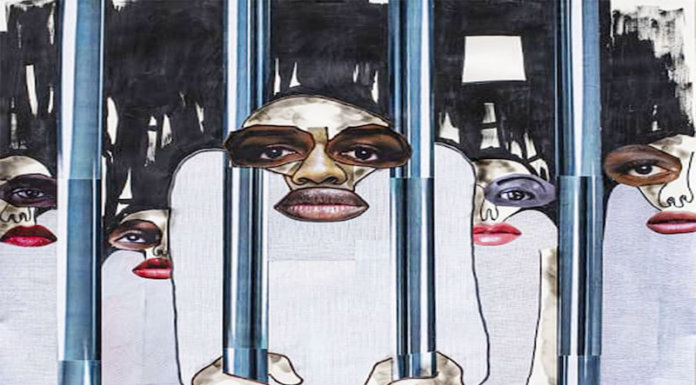