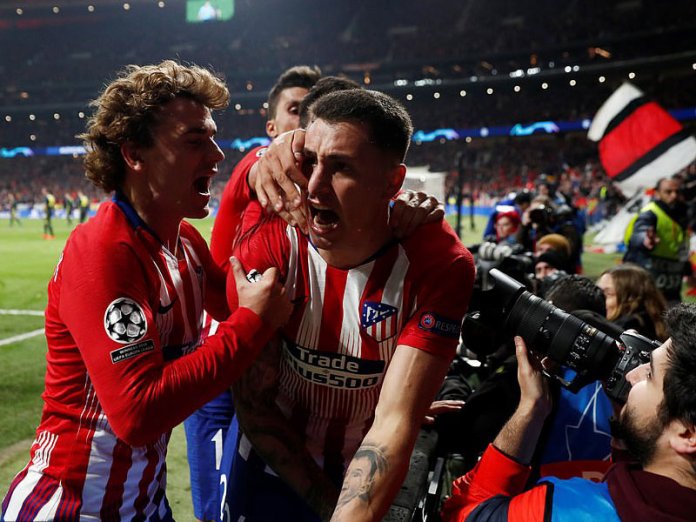 Atletico Madrid claimed a big victory over Juventus in the Champions League last 16 first leg thanks to two goals from their centre-backs at set-pieces in Madrid.

While in Germany, visiting Manchester City also survived VAR decision to claim a vital 3-2 away win against Schalke 04 with late strike off Raheem Sterling.

In Madrid, Diego Simeone’s side were denied a penalty and an Alvaro Morata goal by the video assistant referee before they opened the scoring.

Striker Costa and midfielder Thomas Partey of Atletico Madrid and Juve left-back Alex Sandro will all miss the second leg on Tuesday, 12 March after picking up their third bookings of the tournament.

Ronaldo – who is aiming to win a sixth Champions League and a fourth in a row – had Juve’s best chance as his powerful 35-yard free-kick was tipped over by Jan Oblak.

Atleti have not been at their best in La Liga this season but fully deserved a victory in a game involving the teams to lose four of the past five Champions League finals.

They were denied a first-half penalty, which was initially awarded when Mattia de Sciglio brought down Costa, who was making his first start since 2 December following injury. The referee overturned his decision after the VAR officials told him the offence had taken place outside the box.

Atleti stepped things up in the second half and Costa missed a glorious one-on-one chance before Antoine Griezmann had a lob brilliantly tipped on to the crossbar by Wojciech Szczesny.

They thought they had taken the lead when former Juve striker Morata headed home from Filipe Luis’ cross but after watching the incident again on a pitchside screen, referee Felix Zwayer ruled the Chelsea loanee had shoved Giorgio Chiellini before getting the ball.

Their heads did not drop however and Morata, a second-half replacement for Costa, had a hand in the opener as his header was half-cleared by Mandzukic to Gimenez, who blasted home.

Five minutes later, it was another goal by another Uruguayan central defender. Another ricochet from Mandzukic found its way to Godin, who hit an acrobatic effort from a tight angle into the back of the net.

Nine of their starting line-up have played in a Champions League final for Atletico, with four playing in both 2014 and 2016. With more performances like this and they could get a chance to go one better – this season’s final on 1 June is to be played at their Wanda Metropolitano home.

In Germany, Sterling scored a last-minute winner as 10-man Manchester City staged a brilliant late comeback to beat Schalke in the first leg of their Champions League last-16 tie.

The Premier League champions came into the match as strong favourites and went in front on 18 minutes through Sergio Aguero.

But the game had swung in Schalke’s favour by half-time after a contentious VAR decision and two Nabil Bentaleb penalties.

The first of those spot-kicks came after the intervention of the VAR, who penalised City defender Nicolas Otamendi for handball when the ball struck his arm as he moved it behind his back.

The second was given for a foul by Fernandinho on Salif Sane – the referee sticking with his decision after briefly consulting the VAR.

After being booked for the handball, Otamendi was shown a second yellow card for a foul on Guido Burgstaller in the second half – meaning he will sit out the second leg, as will Fernandinho.

With City heading for a surprise defeat, manager Pep Guardiola sent on Leroy Sane and the Germany international curled home a free-kick from 30 yards out to level matters, before Sterling struck the winner.

City dominated the opening half an hour – with 70% possession – and Aguero’s goal came via a gift from goalkeeper Ralf Fahrmann, whose pass sold defender Sane short as David Silva nipped in and laid the ball off for his team-mate to finish.

But despite falling behind and being reduced to 10 men, Guardiola’s side showed their togetherness and resolve by scoring twice late on and will now be heavy favourites to progress to the last eight.

Renowned for their expansive, attractive style of play, City will take heart from knowing they can squeeze out victories in adversity, particularly in Europe’s elite club competition. 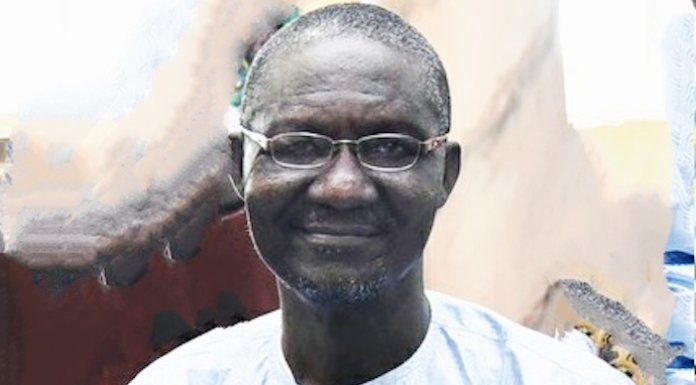