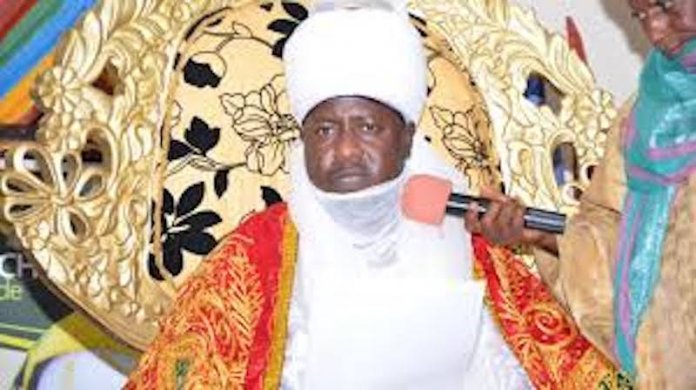 Professor Mohammad Kirfi of the Federal University, Kashere in Gombe State has appealed to traditional rulers to use their positions to evolve strategies to address the issue of low girl-child enrolment and retention in schools.

Kirfi made the appeal in a keynote address at a one day state level consultative conference on enrolment drive campaign for out of school children, organised by the Bauchi State Council of Traditional Leaders, in collaboration with SUBEB and UNICEF, Bauchi Field Office.

The university don said traditional rulers have the capacity to increase the enrolment of all school aged children, particularly the girl child, adding that with the contribution of traditional institutions, the challenges affecting the development of the health sector have been addressed and urged them to do the same in the education sector.

In his remarks, the Emir of Bauchi, Alhaji Rilwanu Suleimanu Adamu pointed out that similar campaign had been conducted in Kaduna State as part of effort to find lasting solution to the menace of out of school children in the country, particularly in the northern Nigeria.

He said already, Bauchi Emirate Council has adopted regular inspection of schools to monitor the attendance of enrolled children and it will engage other stakeholders to achieve the set objectives.

According to him, despite the government’s huge investment in the education sector, a lot need to be done, especially at ensuring that only qualified teachers are employed.

Adamu therefore called on the people of the state to support and collaborate with the relevant authorities for the educational development of their children.

In a paper, Professor Bala Sulaiman Dalhatu of the Abubakar Tafawa Balewa University, Bauchi, who traced the importance of girl child education to societal development, called for automatic employment for female teachers in order to encourage their enrolment.

In the paper, ‘How Social Norms and Cultural Barrier Impede the Access of Girl-child to Education’, Dalhatu enjoined stakeholders to work towards influencing change of attitude and behaviour among parents and community members to ensure the education of their children, especially girls.

The Education Officer, UNICEF, Bauchi Field Office, Mr. Raphael Aiyedipe said UNICEF is committed to ensuring the provision of quality education for all and expressed hoped that with the involvement of traditional rulers in the campaign of girl child education, successes would be achieved.

The Chairman, State Universal Basic Education Board (SUBEB), Professor Yahaya Yero said in an attempt to address the out of school children phenomenon, the federal and state governments have embarked on enrolment drive campaign to create awareness on the menace.

He noted that the large number of out of school children has become a threat to attainting the Sustainable Development Goals in the country if measures are not put in place.

Yero also recalled that in 1999, the federal government had launched the Universal Basic Education programme with the aimed of achieving compulsory free and universal basic education.

editor - June 4, 2020 12:04 am
64
The Verdict By Olusegun Adeniyi, Email: olusegun.adeniyi@thisdaylive.com The death of an African American, George Floyd, at the hands of a white policeman in Minneapolis has...

FG: Domestic Flights Resume June 21, No Date Yet for Reopening of Schools