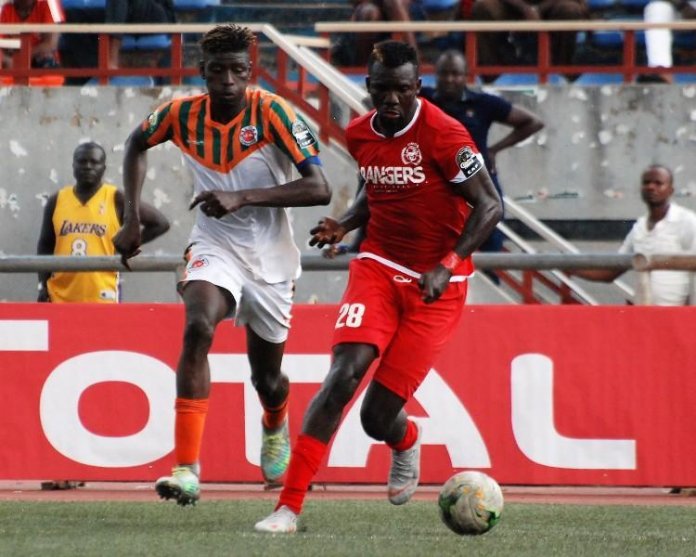 The Coach Olugbenga Ogunbote tutored side still basking in the euphoria of earning a well deserved 1-1 draw against Tunisian C.S. Sfaxien in a CAF Confederation Cup encounter, will be relying on its attacking prowess to wrestle the maximum points at stake.

With six points from three matches played in the ten-week old league, Rangers’ defence line anchored on the quartet of Tope Olusesi, Isaac Loute, Pape Ousmane Sane and Semiu Liadi will be alert to snuff out any threat from the visitors coached by Aliyu Zubairu.

Wikki is currently placed sixth in Group A on nine points from seven matches winning three and losing four while having five goals and conceding six goals.

Bright Silas who has been firing from all cylinders since the start of the season said ahead of today’s game: “We know that Wikki is a good team but we are better placed to pick all three points at stake.

“No doubt, it will be a difficult match but we are prepared for all they will bring and at the end, we collect our three points,” Silas stressed.

Newly acquired midfield maestro, Tony Msonter said, “Anyday, Wikki is a good side but we are united as a team to get the maximum points at stake. We respect them but I don’t see them as a threat to our target of been amongst teams for the super six contest at the end of the regular season. Our fans should come out and cheer us to another sweet victory.”

Rangers have been having an edge over the Bauchi side in the last two season earning a 3-2 win in a Match-day 13 fixture in Enugu and securing a 1-1 draw in the reverse fixture on Match-day 33 while last season, it was a 3-0 spanking received by the ‘Elephants’ from Bauchi in their first meeting on a Match-day 19 fixture on April 29, 2018 inside the main bowl of Nnamdi Azikiwe stadium, Enugu.

This dominance is expected to continue in this Match-day 10 fixture inside ‘The Cathedral.’