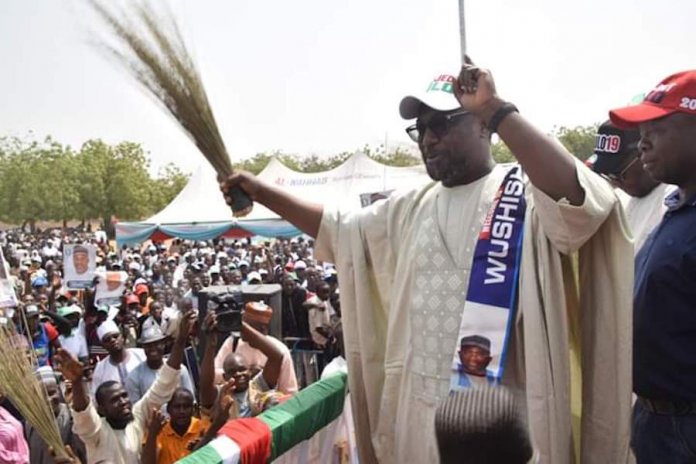 The All Progressives Congress (APC)-led Niger State government has said that it will not rig to win Saturday’s election and subsequent polls.

Speaking during a news conference in Minna, Wednesday, the Commissioner for Information, Alhaji Danjuma Salau, said: “We are popular with the people. We are on the ground, the people are with us, so we do not need to rig to win election on Saturday or anytime.”

Salau, who said the state and federal government had done enough to justify why Nigerians should line up behind the All Progressives Congress (APC) candidates explained that “no reasonable person will return to its vomit”.

He disclosed that despite the APC being sure of victory, it would seize the opportunity of the lifting of ban on campaign by the Independent National Electoral Commission (INEC) to go back to the electorate within the remaining period.

“We have already begun door to door campaign. We may hold public rallies in the headquarters of the three senatorial zones.

“We want to do this to avoid voter apathy because many people’s spirit have been dampened because of the sudden postponement of the election last week,” the commissioner stated.

He directed all the local government officials and community leaders of the party to ensure they adopt new strategy to reach all the nooks and crannies of the state, insisting that the party agents must be sensitised so that they will not compromise for whatever reasons on election day

“We expect absolute loyalty from all our footsoldiers. They should not allow themselves to be bought by desperate people.”

Salau said despite the unfortunate postponement of the election by INEC, the party expects positive voting from the people on Saturday, adding that any plot to rig the election would fail.