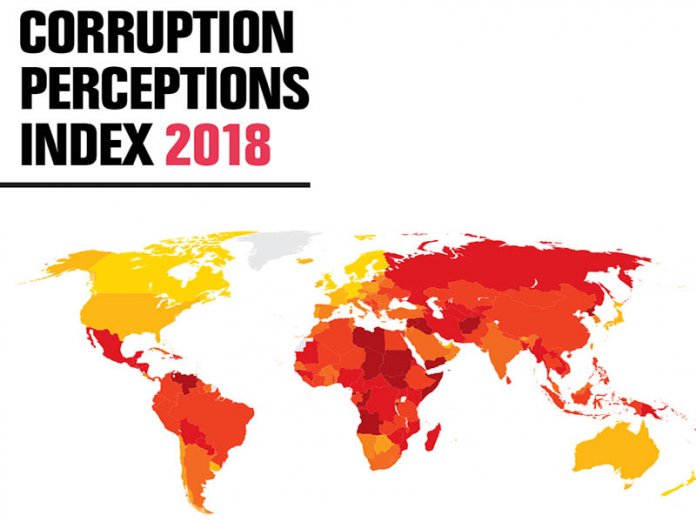 The 2018 Corruptions Perceptions Index (CPI) released globally by Transparency International recently revealed that Nigeria neither improved nor progressed in the perception of corruption in the public administration in 2018.

The newly released index published by the Civil Society Legislative Advocacy Centre (CISLAC), which is Transparency International chapter in Nigeria, revealed that Nigeria scored 27 out of 100 points in the 2018 CPI, maintaining the same score as in the 2017 CPI.
In the country comparison, Nigeria ranks 144 out of 180 countries this year as opposed to 148 out of 180 countries in the 2017 CPI. Nigeria is thus still perceived as highly corrupt, and although the ranking shows that Nigeria moved up four (4) places, it only means that four other countries have scored worse while Nigeria stagnated.

The CPI aggregates data from a number of different sources that provide perceptions by business community and country experts of the level of corruption in the public sector. In the case of Nigeria, the composite score consists of sources which include: African Development Bank Perception Survey, Bertelsmann Foundation Transformation Index, Economist Intelligence Unit Country Ratings, and others. These are statistically significant and evidence-based sources.

The report explained that in February 2018, when the 2017 CPI was released, some section of the public challenged the results and stated that it did not reflect the situation in the country; while others agreed that corruption has truly eaten deep into the system and that the score was a true reflection of the state of corruption in Nigeria.

CISLAC noted that lack of progress in the fight against corruption as testified by this year’s edition of the CPI is a consequence of partial or non-implementation of recommendations issued by corruption experts and activists.
According to the report: “There were recommendations that accompanied the launch of the CPI 2017, one of which was for the immediate appointment and prompt inauguration of the National Procurement Council (NPC) as provided in the Public Procurement Act.

“In 2018, the Permanent Secretary, at the Open Government Week 2018, responded to the question of when the NPC would be inaugurated by stating that “the Council has in fact been constituted and its inauguration will be done very soon.”
Regrettably, CISLAC noted that despite corruption in procurement which was responsible for about 70 per cent of the aggregated corruption in the public administration, the NPC has still not been inaugurated.
“Another recommendation urged the Nigeria government and the Legislature to strengthen anti-corruption institutions and provide adequate protection and encouragement for whistle-blowers.

“The confirmation of 60 nominees for leadership positions across various institutions, including agencies vital to fighting corruption continues to suffer delay, which has continued to undermine governance and complicate the fight against corruption in the country.
“With the inability of the present administration to stop political boycott of key appointments and pass the much needed legislation such as the Proceeds of Crime Bill and to implement the recommendations given at the launch of the CPI 2017, it is no wonder that Nigeria’s score in 2018 is no different than 2017.

“Let us underscore that “acting” leadership of any anti-corruption and law enforcement institution is falling short when these institutions should spearhead the combating pervasive corruption and organised crime as in the case of Nigeria.”
In his reaction, the founder, Akin Fadeyi Foundation, Akin Fadeyi, noted that there are glaring evidences of members of the ruling party enmeshed in corruption controversy but are being shielded from trial.

He also alleged that whistle-blowers’ video accounts of eye-popping corruption suspicion too, adding that nothing had been done to call these suspects to accounting.
He added: “It’s also heart-breaking that the ruling party is welcoming former governors with corruption cases hanging on them into its fold.

“The chairman was also caught on tape declaring amnesty for those who have stolen once they could join the party. This makes the whole anti-corruption war seem like a charade built on the weak podium of political compromises and convenient logic.”

In her reaction to the issue, the Executive Director, Centre Development of Democracy (CDD), Idayat Hassan, noted that the report is not encouraging despite all the Buhari Administration have put up to combat corruption.
She explained that it revealed that there is need to do more particularly in closing the gap between law and implementation, respect for human rights and separation of powers.

Hassan, added that it is also important for the agencies involved in the war against graft to introspect and work more on synergy building, noting that the absence of some of these aforementioned may impel the war against graft.
She said: “As for whistle-blowers it requires urgent attention of all stakeholders, it must go beyond a policy to become an act of legislation.

“The current policy does not allow for manipulation nor does it adequately protect whistle-blowers. The country is yet to forget the Ikoyi cash gate where the whistle-blower and his lawyers were not timely paid, suffered harm at the hands of EFCC but above all had his cover blown. These are issues that must not occur in any sane society let alone the fact that there is no proper accountability for what it is spent.” 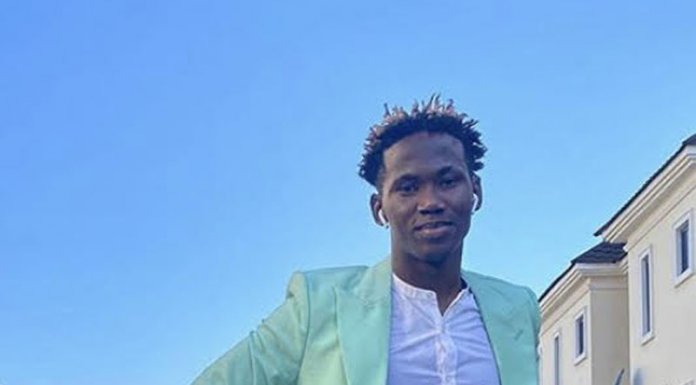