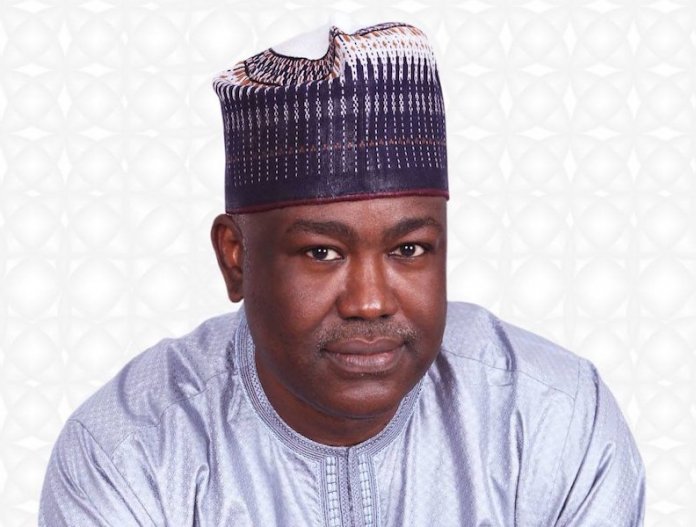 Third Force Presidential candidate running on the People’s Trust (PT) platform, Mr. Gbenga Olawepo-Hashim has called on the Chairman of the Independent National Electoral (INEC), Professor Mahmoud Yakubu requesting a further extension of the Presidential and National Assembly elections. Olawepo-Hashim posited that
the one week extension was too short to conclude the enormous logistics requirement for the polls.

The PT candidate, who lately led the online polls of most preferred candidate amongst the third force, argued in a letter to the INEC chairman that another extension was reasonable in view of the logistics burden on the contestants and the parties. The candidates and the parties, he said, would now have to repeat logistics preparations that have hitherto been deployed to achieve the level of mobilization at the February 16 scheduled election.

He stressed that, “It is my considered opinion that in the haste to stick to a quickly announced date for the election, the Commission may not have paid adequate attention to the attendant voter apathy that may result if adequate confidence building measures are not implemented to win back ‘would-be’ voters for the next date of polling”
As a result and because a potential voter’s apathy in some section of the country or all of the country may substantially affect the results of the election, a ”new date of election should be between three to four weeks from February 16 not one week from February 16 as previously announced. This is more so for self-funded candidates and political parties who do not have the possibilities or intentions of falling quickly on the State treasuries to refinance another logistic deployment”

The candidate regarded as one of the most cerebral amongst the contenders noted that campaigning should also resume undoubtedly in consonance with extant legislation that allow campaign to continue up till 24-hours before elections, in order to achieve the same level of mobilization of voters as before February 16th.

In his letter copied to the United Nations representatives, Observer and Civil Society Groups, the diplomatic community and the media he added that “the Commission should liaise with the National Orientation Agency (NOA), who should use their national network to ensure mobilization of communities, social and interest groups to reach potential voters in order to avoid voter apathy at the next date of election.”

THE BLOODY CRISIS ON THE PLATEAU