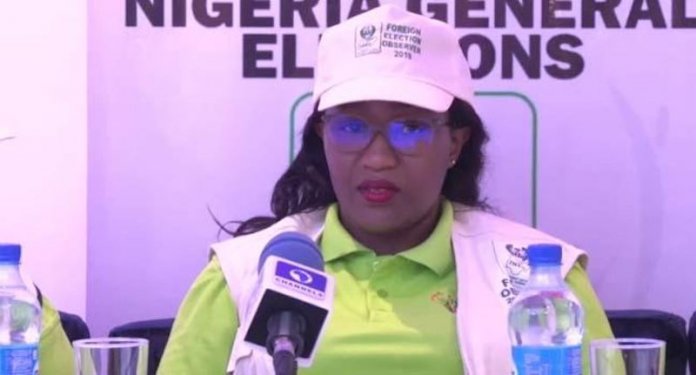 Following the rescheduling of the 2019 general election, an international election observer group, the Pan African Women Project based in South Africa has appealed to the federal government to extend the visas of all foreign observers to enable them stay until March 9, 2019.

The publicity secretary of the organisation, Mphoentle Keitseng, made the appeal at a joint press conference on the general elections by domestic and international observers in Uyo, the Akwa Ibom State capital.

“The Nigerian government should instruct the Comptroller General of Immigration to extend the visas for all foreign observers enabling to stay until the March the 9th 2019 general election,” said Keitseng.

The group expressed confidence in the ability of INEC to conduct the elections on the rescheduled dates but cautioned, “The Nigerian government should take into cognizance that the entire world is watching with keen interest, the entire electoral process by Nigeria.

“Many measures are put in place by different observer groups to ensure that the 2019 general election will be transparent and credible and should meet all international standards. As such, further postponement should be avoided.”

She asked INEC to work assiduously towards instilling confidence in the process by constantly and timeously updating the public on its activities towards the election, just as the group also called on Nigerians to remain calm and support INEC and the electoral process.