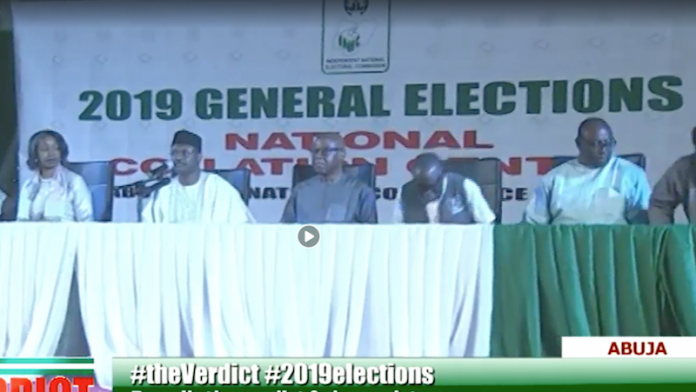 Paul John writes that the postponement of the elections is scandalous

When I hear people say that Nigeria is the giant of Africa, I always ask one question: in what sector are we the giant? Is it in the rule of law or in application of the principle of separation of power? Is it in our technical know-how? Are we a giant in our ability to conduct free and fair elections at scheduled date or are we a giant in maintaining our election dates in the past 12 years? Prof Attahiru Mohammed Jega, the electoral umpire during Jonathan’s administration told us that the postponement then was for our security forces to subdue terrorism in the Northeast at a level that would allow for free conduct of elections in the region. We accepted that because it seemed plausible and to some extent believable.

Now, Prof Mahmood Yakubu has told us that the reason for this postponement was because some INEC materials were recently destroyed and some other INEC materials had not reached their final destinations. Were those materials destroyed yesterday, dear Prof Yakubu? How long does it take to replace materials if you and your commission were serious and have no skeletons in your cupboard? What prevented you and your INEC from putting such unforeseen contingencies in your earlier plan and budget? That tells you the level of thinking and preparedness of those who are at the helm of affairs. The white man designed four tyres in a car and still made provision for one or two spare tyres.

When will the black man learn? Are you telling me if the black man was the person buying white slaves during the era of slave trade that he would not impregnate all the female slaves and used the male slaves for rituals thereby creating problems for his children yet unborn? However, the white men utilized the free labour offered by the slaves for their industrial revolution and to boost their agricultural sector hence food security was not and will not be an issue to their children yet unborn.

Having seen what transpired in Nigeria for more than three years, I decided not to allow others alone to take the decision of who leads us in this country. When you allow others take a decision for you, you would of course bear the brunt of it because when petrol pump price was increased, it affected all and not the urchins that collected N1000 at the polling units and voted in the leaders. In view of this, I ensured I registered on the last day of INEC voter’s card registration in my village because of my tight schedules. Also, since Rivers State police command had earlier announced the restriction of movement after 2359 hours of Friday, 15th February 2019 till 1600 hours of Saturday,16th February 2019, I left Port Harcourt where I reside at 1400 hours on Friday for my village, Okwoko Autonomous community, Ndiagbo-Nkporo in Ohafia Local Goevrnment of Abia State in a journey estimated at maximum of three hours but I got home at 2200 hours “courtesy’’ of the Port Harcourt –Enugu express road which the APC federal government fixes on the media and not on the road. That was an extra five hours wasted.

I don’t need to talk of the time police officers on the road will waste you because we are in a country where an innocent citizen is searched and his car will be thoroughly searched but kidnappers and armed robbers would operate unchallenged and at times carry their victims to their destinations ‘’peacefully’’ and on time. If you want to talk, they will ask you: do you want to teach us our work, even when their work is obviously pleading to be taught.
My in-law was kidnapped in December 2016 and during the incident some eye witnesses bravely copied the registration number of the car the kidnappers used in the operation. We reported the matter with all details to the security agency and they assured that they were on top of the situation. To avoid much digression, the day we caught the kidnapper, it was the same car that he used in coming to collect the ransom.

If INEC could not use four years to plan for elections and to put in place all unforeseen contingencies in their plans, where lies their competence? I have told people that care to listen that the Nigeria I met can be governed by anybody and anybody can head any position because occupying a leadership position does not require your mental capacity, it only requires your name being there. No wonder one of the former governors that was rumoured to be ‘brain-dead’ from an accident was finally allowed to complete his tenure. Being a leader in Nigeria requires you to wear babariga and agbada, helping friends, relatives and cronies get contracts under the guise of Nigerian version of due process!
We are the giant of Africa but we cannot even boast of a fixed date of election. In America the date of their election is called Election Day.

Election Day in the United States of America is the Tuesday following the first Monday in November. It can fall on or between November 2 and November 8. It is the day when popular ballots are held to select public officials. These include national, state and local government representatives at all levels up to the president. Who fuels my car when I will expectedly be coming back to my village next week?

What happens to those who had printed their wedding invitation cards and others that have fixed their events and occasions on 23rd February and March 9th? Who bears the cost of reprinting the invitation cards or rebooking the halls and other event centers? What of those who had booked their flights on the said new dates? At times we talk of economic instability.
Which wise investor can invest in a country where the electoral umpires can postpone election less than six hours to the election or where the president can remove the CJN on a purported court injunction when same president has refused to obey other court orders for the release of Sambo Dasuki and El-Zakzaky?

As lawyers always say: I put it to INEC that the postponement of this election is to include APC candidates in the ballot paper in Rivers and Zamfara States. Was it not recently reported that Attorney General of the (APC) Federation had written to INEC to postpone Zamfara State National Assembly election?
On Thursday,14th February 2019, as I was driving through Aba-road in Port Harcourt, I saw a trailer load of APC supporters campaigning with posters of different APC candidates. I was confused. It was a friend that told me later that APC supporters were protesting that their party should be included on the ballot papers for National Assembly election. Here, anything is possible.
––Dr. John wrote from Nkporo, Abia State.