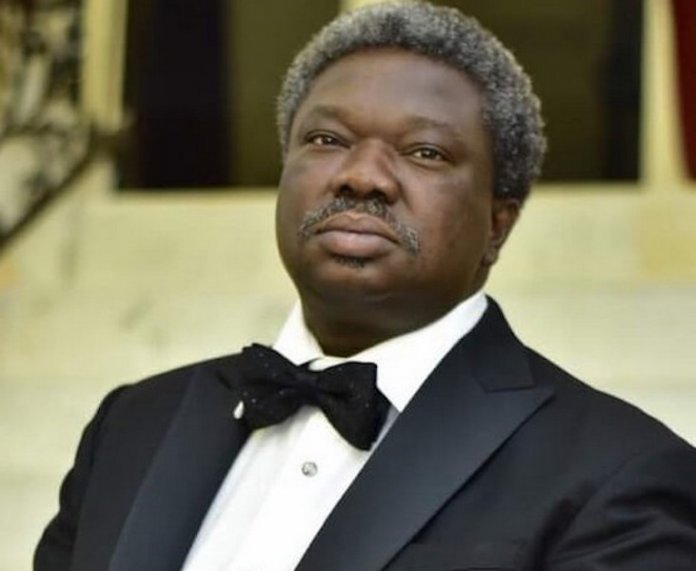 A few days ago, the College of Medicine, University of Lagos, held its Medilag Alumni High Table Fund Raising Dinner, amidst pomp and circumstance.
Though the event has come and gone, one of the highlights was the recognition given to businessman and property merchant, Sir Olu Okeowo.

The Chairman of Gibraltar Construction was so honoured for his tremendous support to the institution and charitable heart.
It will be recalled that the property mogul had donated a building to the Department of Physiotherapy at the College of Medicine, University of Lagos, Idi Araba.
The building named Sir Olu Okeowo Physiotherapy Centre is said to be worth several millions of Naira.

The commissioning was graced by top scholars, businessmen, politicians and high level government officials.
The billionaire highly regarded, respected and honoured in the society and describe as a man of excellence, integrity, and an exemplary leader when it comes to giving, does so effortlessly and willingly but without calling for unnecessary publicity. But according to another quotes which says ‘’No act of kindness, no matter how small, is ever wasted. It has been a season of recognition and awards for the chairman of Gibraltar Construction.

Only in December 2018, the generous moneybag was honoured with an honorary doctorate of Science by the Wesley University, Ondo, Ondo State during its eighth graduation ceremonies.
Okeowo, who has numerous estates scattered around Parkview, Ikoyi and Banana Island, Lagos is a lover of humanity and an embodiment of philanthropy.

No doubt, he seems to believe so much in the words of an English writer, John Bunyan, who says, “You have not lived today until you have done something for someone who can never repay you.
Okeowo is man of proven and immense wealth, a lover of humanity and an embodiment of philanthropy, whose milk of humane kindness, like an inestimable fountain, has endlessly flowed to whet parched throats and soothe frayed nerves across the land