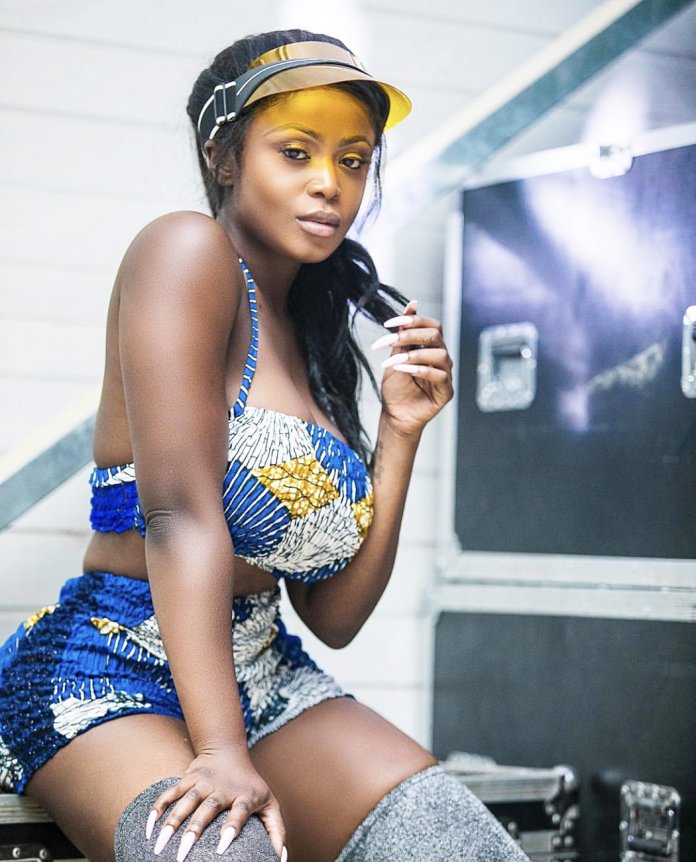 Canadian-born Ghanaian music star, Nina Ricchie is the rave of the movement. She came back to West Africa recently to push her afro beats music. This was of major priority and she came with a lot of fire, energy, vibes, will and much more. She talks to Tosin Clegg about herself, growing up in Canada, coming home and a lot more

I was born and raised in Toronto, Canada and I grew up listening to music. My father used to have parties at the house, with good old Uncle Pat Thomas, a Ghanaian artiste, performing for people when he came down to party with us in an area called Jane and Finch, where most of the West African population in Toronto were based. I just love music, dancing, spending time with family, travelling the world and, of course, shopping. Lol, which girl doesn’t?

Growing up in Canada was kind of tough. Especially when your parents are immigrants and you are raised in two different cultures, the African culture at home, which is so strict and then when you visit other peers and it’s more liberal. When it comes to dreams I had and still have a lot of dreams, I’m a goal setter and don’t stop at anything until I achieve my goals. So, when I set my mind on something I’m unstoppable. I have two sisters and two brothers, two live in Toronto and two live in Kumasi, Ghana.

Music has always been a part of me

It was my getaway, and music started for me at eight years, playing the piano and learning to read. I joined a girl group called LYN at 10 and started singing at shows. At 11, I was auditioning to be on Sony recording label, but wasn’t selected. I thought maybe I was too young and I needed to train a little more. At 12, I started singing at church and the church choir was a bit late on accepting kids to sing, I guess due to people’s schedules. But I sang in the choir till I was 16.

I can do basically a little of everything

But I’m an afrobeat artiste, and my ability to change styles and personalities in every record I release is definitely what makes me stand out from the rest. I’m not really someone who follows; I like to do what I feel, which gives me that versatility.

Some of the things I face as an artiste are the growing up in different musically inclined environment. Afrobeat is not something Canadians listen to, although it is gradually getting some attention it’s still a bit of a challenge, hence that’s one of the reasons I decided to come back to Ghana. Another one would be that being a single mom, focusing on raising a son and focusing on my career can be really challenging.

God is my biggest role model

Then my parents, I look up to them a lot, having to survive in a foreign land and raising a beautiful family is not as easy as it looks. A lot of these kids end up in bad company and eventually end up in jail or in really bad situations. Role models will definitely have to be Rihanna because of her persevering spirit, she never gives up on her dreams and looks at her now. I also like Cardi B her attitude is dope and she’s super real, I could relate to both of them.

Ghana music industry is still a

Just like a baby needs a lot of attention and nurturing. Ghana has a lot of talents, which are yet to be discovered. I believe with time Ghana will be a force to reckon with. Already with names like Dblack, Sarkodie, Shatta Wale and Stonebwoy, who already have done a lot in putting Ghana on the map. It has a lot of potential and just needs people who are ready to sacrifice and invest in it to make it successful.

Nigerians just understand the music business better than us. They have been doing this way longer than Ghanaians. Nigeria’s population is also a contributing factor. Due to their large number, they are able to influence other cultures with their music. Ghana is gradually catching up, hopefully, very soon our Ghanaian artistes will be as successful or more.

Don jazzy is such a talented producer and looking at what he’s done for his label, I can tell there’s a lot I can learn from him. 2baba is a legend and doing something with him will just be a dream come true, and working with artistes like Rihanna, Drake, Migos, Nicki Minaj, Cardi B, and more, are all dreams which one day will come to reality.

Well, I am very particular with what I eat

And that’s because I’m a very picky person; I don’t eat anything and everything. I love working out a lot, workout about four times a week, drink lots of water, pray, write music and mind my own business.

Advances from men are normal for any woman

I’m used to it; most of them want one thing. I’m more into intelligent conversations, so once you start talking about my looks the deal is off. I’m an intellectual person and to have that kind is a beautiful thing. I’m someone who will basically quiz you before we go on to the next step, which would be another dinner possibly on the beach. I absolutely love the beach; it’s another place I like to hang out. Honestly, every part of me is desirable, from head to toe. I’m wonderfully and perfectly made says, my creator.

I enjoy singing and dancing

Also, my social media and spending time with family, as well as going out to some social events sometimes. In a few years, I wanna perform at the BET awards and be named one of Africa’s biggest artistes and possibly perform at All Popular Award ceremonies or at least be that special guest being interviewed on the red carpet.