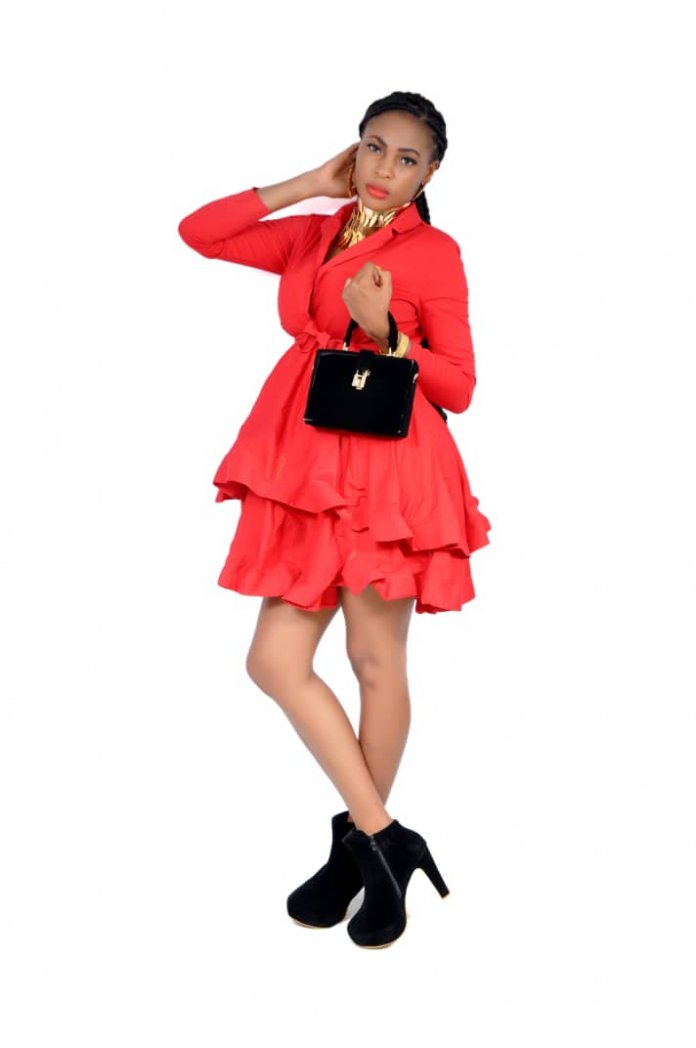 Budding Nollywood actress, Anita Egbenayaloben is one hardworking and zealous actor whose works have gradually started speaking for her in volumes and that in turn makes her one of the sought after movie newcomers.

She has starred in a couple of movies and proven herself worthy of interest from a wide array of directors and producers.

Recently, she went into retail of luxury wears which she has started a promotional campaign for.

Not relenting on her growing fame, she pushes harder through this fashion retail line to be a force to be reckoned with and a jack of many trades.