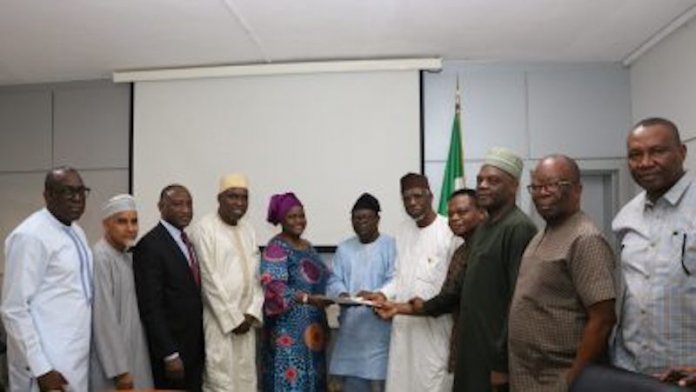 The recent licencing of the Nigerian University Pension Company by the National Pension Commission has spelt the need for immediate commencement of transfer window for the sector, writes Ebere Nwoji

The recent approval of operational license for Nigerian University Pension Management Company (NUPENCO), a new Pension Fund Administrator (PFA) that will oversee the management of pension funds contributed by university workers, by the National Pension Commission (PenCom) has raised a lot of questions on the modus operandi of the 15- year old contributory pension scheme(CPS) in Nigeria.

The questions are coming from stakeholders who argued that before now, many contributors had been agitating to migrate from their pension fund managers to another manager of choice, but were not allowed because both the managers and the regulator kept on telling them to wait for the commencement of the long awaited transfer window.

According to those who spoke with THISDAY, the regulator would be seen as being partial if it goes ahead to approve the anticipated migration of the university workers to the new PFA before the commencement of the window transfer .
They stressed the need for PenCom to fine- tune work on the transfer window to enable it take-off immediately.

Among the issues the commission said had continued to delay the take-off of the policy is registration and biometrics as it had said it wants to address issues such as double registration by some contributors and improper identification which may lead to transferring one person’s fund to another, before it unveils the policy.

But some contributors have blamed the commission for the continued delay, arguing after all, the transfer window was one of the rules enshrined in the PRA 2004 and ought to have been implemented one year after the commencement of CPS.

The contributors are of the opinion that it will be better for the transfer window to take off before the commencement of the micro pension scheme which is expected to bring in additional 250,000 contributors into the CPS every year, to avoid much more complication in the system.
Section 11(2) of the Pension Reform Act 2004 (amended in 2014), provides that an employee has right to migrate from one PFA to another without adducing reasons, but may not do this more than once in a year.

NUPENCO Licencing
Speaking on the recent licencing of NUPENCO, Mr Peter Aghahowa, Head Inspection and Investigative unit, PenCom, said the commission made special arrangement that would enable the university workers who wish to change their PFA migrate to the new NUPENCO.
He however said this would not be enforced, adding that those who wish to remain with their previous managers are at liberty to do so.
Asked if the special arrangement would be extended to other workers much eager to change their PFAs, he said they would have to wait for the commencement of the transfer window.

According to him, the transfer window would kick off this year.
He pointed out that the issue of identification and metrics which had been delaying the commencement have been resolved.
On the possible agitation by other sector workers for their own special PFA and the implication on the existing licenced PFAs, Aghahowa, said though it may be a genuine concern, there are close to 20 million workers and those captured in the CPS is just about six million. To him, there is a huge untapped market at the disposal of the PFAs.

He said what the existing PFAs need to do is to diversify their clientele especially with the take-off of the micro pension.
“Those that have single based clientele will feel threatened but those that are diversified will have nothing to lose,” he said.
Mr Ifeanyi Anorue of the Department of Mass Communication, University of Nigeria Nsukka, noted that the struggle for independent body to manage university workers’ pension was informed by the obvious lack of confidence in the existing PFAs.

He said this stems from the fact that the survival of every pensioner depends on what happens to his pension funds.
He said if other important stakeholders like the military and police have their pension specially managed by a special body to guarantee their privacy and future, why would university workers not have their pension managed by special body of their choice whom they have confidence in.

One of the legal luminaries that drafted the Pension Reform Act 2004, Barrister Ivor Takor, while speaking on this said “NUPENCO is registered as a PFA with her promoters being university staff unions, with the objective of NUPENCO administering contributory pension scheme for workers in the sector.”
According to him, being a PFA, all provisions in the Act relating to the conduct and operations of a PFA shall apply to it.

He noted that before its licencing, the staff had Retirement Savings Accounts (RSA) with existing PFAs, adding, “It is my view that transition of university workers from their current PFAs to NUPENCO is not expected to be automatic because Pension Reform Act 2014 in Section 11 subsection 1, confers on an employee the right to choose a PFA of his or her choice, without the interference of the employer.

“This section also applies to NUPENCO. NUPENCO will have to sell itself to the workers of the sector. One needs to remind that what is paramount to the workers is the security of their fund their RSAs with PFAs and the return on investment of the fund (profit) and not the sentiment or ideology behind the establishment of a PFA.”

On the impact of the licencing of NUPENCO on other sector workers like aviation, that had been pushing to have their own PFA, Takor, who is also
Director, Centre for Pension Right Advocacy, said “it is important to note that licencing of a PFA doesn’t start and end with a wish.
“If that is the case, NUPENCO would have been licenced as far back as 2015, when universities based unions started the agitation for the licencing of NUPENCO. “The PFA was only licensed in 2019. Section 60 of the Pension Reform Act 2014 states the requirements to be fulfilled by an applicant, applying for a license to operate as a PFA. While section 63 subsection 1 paragraph b, empowers the Commission to refuse to issue license to any applicant, whose application does not meet the requirements prescribed by the Pension Reform Act 2014 or the Commission for grant of license.
“Therefore workers of any sector are free to seek for the licensing of a PFA. However, they must meet the requirements for the grant of a license for the intended PFA,” he stated.

On migration of the university workers to their new PFA in the face of non- commencement of transfer window, Takor said: “Section 115 subsection 1 of the Act empowers the Commission to make regulations, rules or guidelines as it deems necessary or expedient for giving full effect to the provisions of the Act.
“Before the license was issued to NUPENCO, the Police Pension PFA was also given a license, at a time when all police officers already in service had Retirement Savings Accounts with existing PFAs.
“The Commission may be applying the same guidelines issued in respect of the Police Pension PFA or make necessary amendments that will take into consideration the peculiarities associated with the universities.”

Heightened Competition
Meanwhile, a lot of marketing intrigues have been employed by PFAs to enhance their market share in the pension industry.
Going by their operations and services to their contributors all these years, there are signs that when the exercise takes off, some PFAs may lose some contributors to firms that offer superior services and are professionally managed.
At present, the PFAs are strategising on how to grab larger shares of both the existing and emerging markets and remain on top in the areas of asset size and number of contributors.

Indeed, with the prevailing signs of both offensive and defensive marketing tactics currently unfolding in the industry via various communication channels that include outdoor advertising, promotions, radio and television commercials, social media, sales activities, and other visibility campaign strategies employed by the operators, there are palpable fears that when the transfer window takes off, the industry may be left with few giant operators while many will fall by the way side.

PenCom, under its former management led by Muhammad Ahmad, had in 2012, informed contributors that the commission was at the verge of introducing a software application window that would enable seamless transfer of RSAs from one PFA to another by savers who may wish to explore the window.
The then PenCom management, had said that the estimated date for the opening of the transfer window was December 2012.
Among the 21 licenced PFAs, five big operators currently dominate the market.

Among the leading five by size of assets under management and number of registered contributors are:
ARM Pensions, Premium Pension Limited and Sigma Pensions Limited,
As the industry looks forward to reap bountifully from the emerging micro pension market which the regulator said supposed to kick off last month, PFAs are positioning themselves to enhance their visibility in the emerging market.

Referring to competition in the industry, Price Waterhouse Coopers in its recent report on activities in Nigerian pension sector stated: “PFAs are developing clear client value propositions and targeting specific contributor market segments as the race for leading market share intensifies,” adding that technological advancement is “bringing in several non-traditional players who will provide platforms for pension products and services.

In the days ahead, the strengths and weaknesses of each player will be further scrutinised as the battle for the minds of the consumers continues”.
The foregoing scenario undoubtedly provides insight to an intense battle for market share.
For most PFAs, the pension transfer window will provide the ideal opportunity for both turf defence and customer acquisition.

Leaving The Tarmac: Buying A Bank In Africa