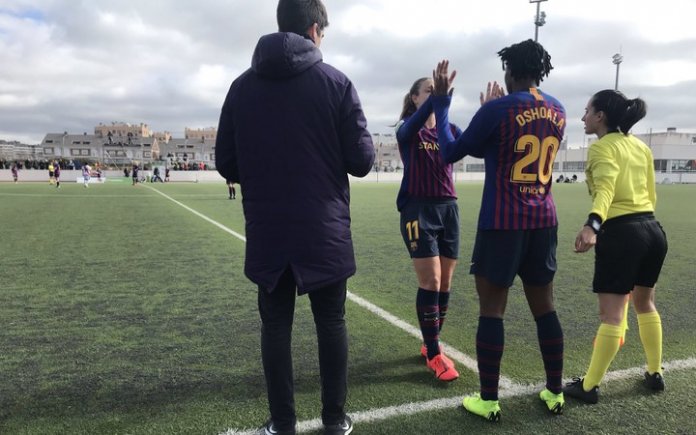 Nigerian forward, Asisat Oshoala, has hit the ground running at FC Barcelona after she scored her first goal for the Spanish club on her debut yesterday.

She came off the bench in the second half and hit target after 63 minutes.

They are now three points behind leaders Atletico Madrid on 54 points from 20 matches.

The Super Falcons star debut had been delayed by tiredness caused by a lot of travelling to join her new club. She is on loan from her Chinese club.

Oshoala has previously played in England with Liverpool Ladies and Arsenal Ladies.