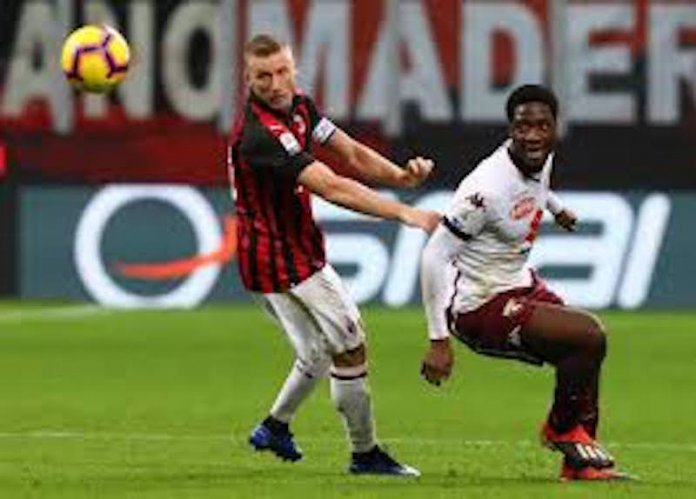 Ola Aina had to wait until his 22nd appearance for Torino in all competitions before opening his goal-scoring account for The Maroons.

The Nigeria international scored what proved to be the game-winning goal in Torino’s 1-0 win against William Troost-Ekong’s Udinese at Stadio Olimpico Grande Torino yesterday afternoon.

Ekong, who was deployed in the centre of a three-man defence, was culpable in the first goal scored by Aina in a Torino shirt as the wing-back was left unchallenged before planting a brilliant header beyond goalkeeper Juan Musso.

Aina has been in the form of his life since transferring to Torino and only CD Leganes defender KennethOmeruo is better ranked in the CIES form rankings in the last three months.

The 22-year-old’s goal yesterday was his first in 400 days as he last found the net in a competitive fixture while wearing the jersey of Hull City against Blackburn Rovers on January 6, 2018.

Aina spent 1,617 minutes on the pitch before netting his maiden goal for Torino.