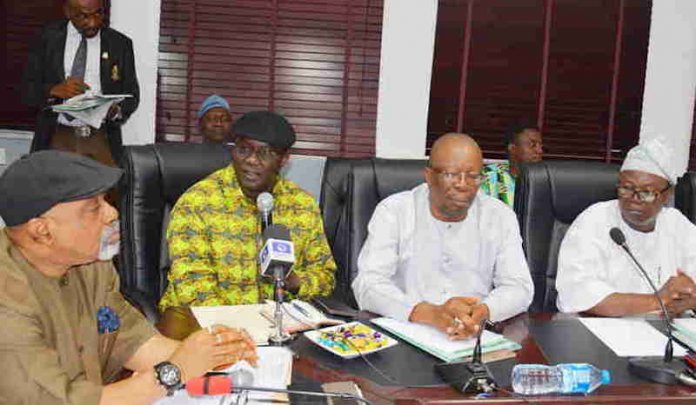 The report of the Technical Advisory Committee on National Minimum Wage that was inaugurated by President Mohammadu Buhari has been finalised and is ready for presentation to the president this week, barring any unforeseen circumstance, THISDAY has learnt.

A source in the presidency, who disclosed this to THISDAY yesterday, said members of the committee have notified the president of their preparedness to submit the report.

“The report is due early this week. The committee has notified the presidency that the report is ready. It is an advisory committee to optimise revenue and to ensure that the implementation is short-lived. The committee was asked to explore everything possible and they were given a one-month mandate which elapsed today (yesterday).

“So, when it is submitted, the president would have to study it and either accept or reject the recommendations by the committee or issue a white paper,” she explained.

The committee is headed by the Chief Executive Officer of the Financial Derivatives Company Limited, Mr. Bismarck Rewane.

According to the Minister of Budget and National Planning, Senator Udoma Udo Udoma, the task of the technical committee was to identify additional sources of revenue to pay the minimum wage and the consequential salary adjustment that would follow.

Udoma had also explained that the committee would, among other things, identify additional sources of revenue to ensure that the government could meet the increased costs that would arise from the implementation of a new minimum wage without affecting government’s ability to meet the other obligations, particularly with respect to the ambitious infrastructure development plans of the current administration. The minister had explained that whenever a new minimum wage bill is enacted, there are demands for some wage increases even from those already earning more than the new minimum wage.

“In short, the committee is to advise on ways to ensure that notwithstanding the increase in payroll costs, there continues to be adequate funding for other government activities. This is not just for the 2019 fiscal year. The federal government had approved N27, 000 as the new national minimum wage, which was rejected by the Nigeria Labour Congress (NLC) and other trade union groups in the country.