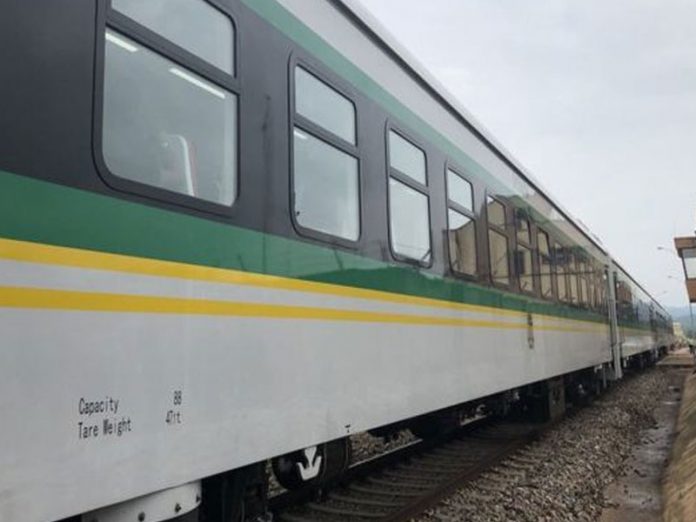 The federal government has offered a three-month free train ride to passengers on the completed section of the Lagos-Abeokuta rail project.

The Minister of Transportation, Mr. Chibuike Amaechi, while on a test ride from the Iju in Lagos to Abeokuta, Ogun State, at the weekend, revealed that the federal government was not inaugurating the project yet but to test run it.

According to him, “This is not a an inauguration of the project, we just decided to put the train on track to convey passengers for three months free of charge.”

According to the minister, “This is not the first standard gauge in the country; the first is Itakpe to Warri while the kaduna to Abuja is the second one.”

He stressed that the Lagos-Ibadan rail line was a project that would continue to Kano State.

“This is the first time I can see a people that federal project passed through their lands and they made no demands to disrupt the ongoing project. And with this experience we made sure that the project is completed on time for the people’s benefit,” he said.

Amaechi added: “This train as from tomorrow will run on free ride for three months, I will urge the operators to do two or three trips a day, so that more persons can go to work in the morning and return in the evening.

“The trips will include one in the morning, afternoon and evening. But this train will be running from tomorrow free of charge. So those who want to go to work from Abeokuta to Lagos can leave in the  morning and while returning will join the train at Iju to Abeokuta.”

He further observed that: “While we are working from Iju to Ebute Meta and to Apapa, we are also trying to build our stations and, in a year’s time we would have finished the stations. That way it will be easier to journey through to Apapa,” Amaechi said.

Meanwhile, a little drama took place Nobel Laurel and dramatist, Prof. Wole Soyinka, said: “This place used to be my hunting ground and I have come to witness what my hunting ground was appropriated for, am so content.

“For now, we are keeping our feet on the ground, looking at the opportunities for our small traders, commuters and others.”

On his part, Chairman, Senate Committee on Land Transport, Senator Gbenga Ashafa, commended President Buhari for his efforts in developing infrastructure in the state.

According to him, “The National Assembly has played his own role in providing the legislative framework within which the edifice can thrive and we are looking forward to how it will transform to jobs.”

Ashafa, noted that over 11,000 persons have been employed by the NRC, “there are about 2000 Nigerian students who are in China now studying various kind of engineering waiting for the period when they will take over from the contractors.”

In his remarks also, Ogun State Governor, Ibikunle Amosu, noted that  “today, history is been made as the project will open up opportunities within the community and its environs.”

Amosu said the project would bring about industrial revolution to the state and country at large, thereby competing with developed cities across the world.