The INEC, security agencies and other stakeholders must ensure the election is conducted in a peaceful and orderly manner

This coming Saturday, February 16, the 2019 presidential election will hold with 72 candidates in the race. The past few weeks have witnessed a lot of drama. The leadership of some of the political parties has declared support for the candidates of other parties, sometimes without telling their own. A few underwhelming candidates have willingly withdrawn from the race while many whose names remain on the ballot hardly command attention from the electorate. There have also been rash of endorsements by individuals and groups. Meanwhile it is safe to conclude that this political contest is mainly between the incumbent President Muhammadu Buhari of the ruling All Progressives Con gress (APC) and former Vice President Atiku Abubakar who is flying the banner of the main opposition Peoples Democratic Party (PDP).

Although the campaigns have been relatively peaceful when compared with previous elections, there have also been a few flashpoints. More disappointing is the tiresomely familiar absence of any serious engagement on the critical issues of the day. Instead of marshalling how to tackle the deteriorating security situation, youth unemployment and forceful measures to rescue the stagnating economy, the campaigns have been more a show about who could pull the bigger crowd between the APC and the PDP. Besides, the campaign rhetoric is anchored on the same old vociferous politics of bitterness, rancour and mud-slinging, all of which are inimical to the development of the nation that the politicians claim they are fighting for.

What is lost to the candidates and their supporters is that democracy is more about serving the people than just about winning elections or staying in power. As we therefore approach the last days of the crucial election, we urge all the candidates and their supporters to guide against statements and actions that may trigger violence before, during and after the ballots are cast and put the democratic experiment and the country at risk. Incitement to violence is unacceptable. Those who seek power must do so within acceptable limits and in a way that will not put the very people whose mandate they seek at risk.

We understand that crimes of election violence are very difficult to prosecute in Nigeria because the people involved are usually those who should be responsible for preventing such crimes or for ensuring accountability for them where they occur. But the Prosecutor of the International Criminal Court (ICC), Ms Fatou Bensouda, has always warned about the preparedness of her office to bring to book anybody who engages in acts of violence in the context of elections within our country, “including by ordering, inciting, encouraging or contributing to the commission of crimes that fall within ICC’s jurisdiction.”

It is encouraging that the Independent National Electoral Commission (INEC) has given assurances that it is adequately prepared to provide a free and fair election that will muffle the worries of the electorate and indeed all Nigerians. We hope INEC chairman, Professor Mahmud Yakubu will live up to his word. Permanent Voter Cards (PVCs) and Smart Card Readers (SCR) must be handled transparently and they must add value and credibility to the election. All other materials for the elections (sensitive or otherwise) must also arrive the polling units on time while INEC must network with security agencies to ensure voters perform their civic duties in peaceful environment.
There have been reassuring words from the acting Inspector- General of Police, Mr. Muhammed Adamu that his men and officers would stay above the political fray by discharging their responsibility professionally. We hope that the personnel of Department of State Services (DSS) and other security agencies that will be deployed in the elections across the country will also be neutral. After all the critical institutions of state must have done their job, it is then left for the people of Nigeria to elect the person they want to lead them for the next four years in an atmosphere devoid of any form of coercion or violence.
May the best candidate win! 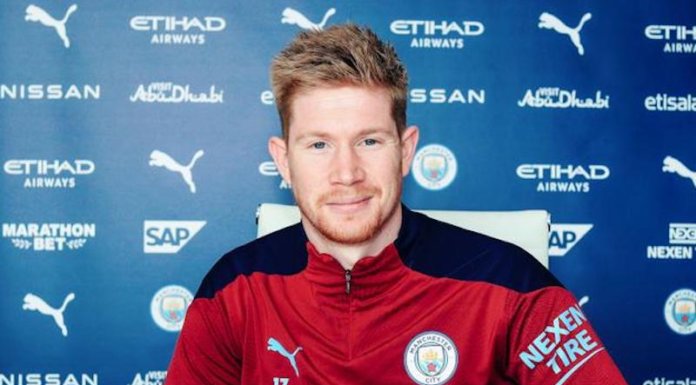