Why the FHC (Pre-Election) Practice Directions Might be Invalid 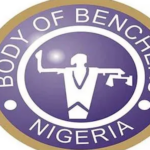 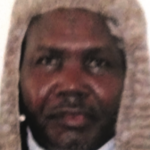 Validity of Section 5 of the Survey Law of Lagos State

Youths in the Niger Delta region have called on politicians to concentrate on their campaigns and leave them out of any plans to cause violence during the general elections.

The youths, under the aegis of Niger Delta Youth Movement (NDYM), also called for support for the new management of the Niger Delta Development Commission (NDDC) to actualise the mandate of the commission.

In a communique issued at the end of National Executive Council (NEC) meeting in Port Harcourt and signed by its National President, Comrade Joe Jackson, and the National Secretary, Comrade Amakuro Isaac, the youths expressed concern over attempts by some politicians to recruit youths in the region as political thugs.

They rather advised youths in the region to get their permanent voter cards (PVCs) and participate meaningfully in the electoral process.

The communique said, “We urge youths of the region to collect their PVC to enable them vote in the forthcoming elections.

“In order to forestall total breakdown of the fragile peace, especially in the region, INEC and all security operatives should remain neutral in the course of discharging their duties in the 2019 general elections.

“NDYM appeals to the youths of the region to desist from hate speech as this is capable of truncating our democracy.”

On the NDDC, the youths commended President Muhammadu Buhari for the appointment of the Professor Nelson Brambaifa-led management team and appealed that the Federal Government released all outstanding funds to enable the management discharge its functions effectively.

“NDYM calls on the youths and stakeholders of the region to give all the necessary support to the Acting NDDC Management to enhance their performance.

“We call on all the International Oil Companies (IOC’s) and government to remit their quota to the Board for further development of the Region,” they said.

The NDYM also advised the Federal Government to consider the appointment of technocrats into the board of NDDC to compliment the efforts of the political class.

The youths also condemned the use of the military by government to handle challenges in the Niger Delta region.

“We totally condemn the unwarranted invasion of the Niger Delta Region with particular reference to Gbaramatu kingdom by the Nigerian Military since the region is not at war with the Nigerian State,” the NDYM said.