Yinka Olatunbosun writes that the rhythmic experimentations at the melodious night of concert in honour of the renowned music scholar, Prof. Akin Euba will echo for years

The best place to have been in Lagos that Thursday evening after long working hours was the Agip Hall, MUSON Centre which was the venue of a special concert in honour of the Emeritus Professor of Music, Akin Euba. Opening with the MUSON Diploma Choir, the “FESTAC Anthem’’ produced a rush of nolstagia as more sounds from the FESTAC Cantata were performed subsequently.

The honoree, Prof. Euba pioneered the concept of African pianism and popularised the term “creative ethnomusicology’’. After years of study at the Trinity College of Music, London and University of California, Los Angeles, Euba returned to Nigeria to start the Department of Music at the University of Ife now Obafemi Awolowo University, Ile-Ife in 1976.

He left Ife for the University of Lagos where he was appointed the Director of the Centre for Cultural Studies and also Professor of Music from 1977 to 1980. The centre later became the Department of Creative Arts in 1998. Though he retired in 2011, his footprints in music scholarship remain visible.

Hence, the concert was just apt in paying homage to the lofty contribution of Euba to modern music composition in Nigeria, especially with his radical departure from the works of early 20th century composers.

Featuring the University of Lagos Choir, it was a thrilling night of healthy competition and music collaborations one of which was the soulful duet by the Professor of Musicology and Director of Early Music Ensembles at the University of South Florida, John Robison (horn) and the orchestra director for Daystar Christian Centre’s Carol Concerts, Seun Owoaje (piano) who both performed Akin Euba’s Five Pieces for English Horn and Piano written in 1963. This music dialogue featured interlocking triplet patterns in the melody.

A transfixing moment at the concert came when Ayo Bankole Jnr. performed his late
father’s composition titled, “Ya Orule’’. What made the sound so compelling is its binary structure- like a rhythmic copulation of the major and minor keys, ending in a brief cadenza. Memories of the golden days of the Nigerian Broadcast Corporation returned with the “Rhapsody on an Egun Theme’’ by Ayo Bankole.

It is possible that the humour in the Mountain Top Chorale’s classical rendition of King Sunny Ade’s “Asi ko Laye” may have been lost on those who didn’t know the original juju song. Certainly, the suspenseful performance kept many in the audience longing for how that beautiful remix would end.

That ethnic intrusion into the night was consolidated by the baritone voice of Adedaramola Olaore in Ayo Oluranti’s “Ilu Baje o!”. Accompanied by Mofopefoluwa Onalaja’s coherent piano sound, that song nudged many in the auditorium back to reality away from the orgasm rhapsody as the lyrics referenced corruption in government.
A regular member of the MUSON Choir, Elizabeth Olaotan (Soprano) in company of the accomplished pianist, organist and timpanist, Tosin Ajayi (piano) performed three songs by Akin Euba from his Six Yoruba Songs collection titled, “Mole Jiyan Yo”, “Ore Meta” and “Mo Ja We Gbegbe”.

Akin Euba’s strong influence in music hinges on experimenting with African metric patterns mirrored by the plethora of performances at the night of tribute. 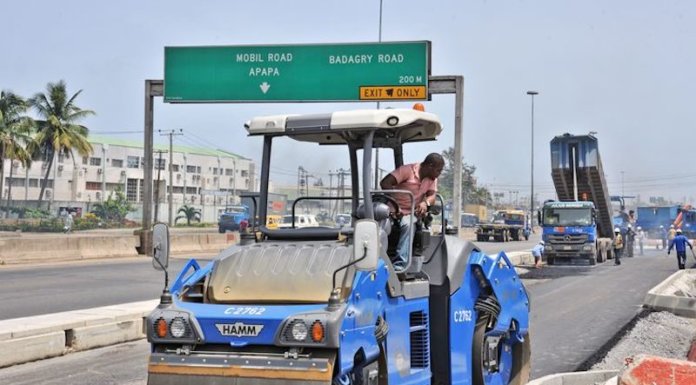