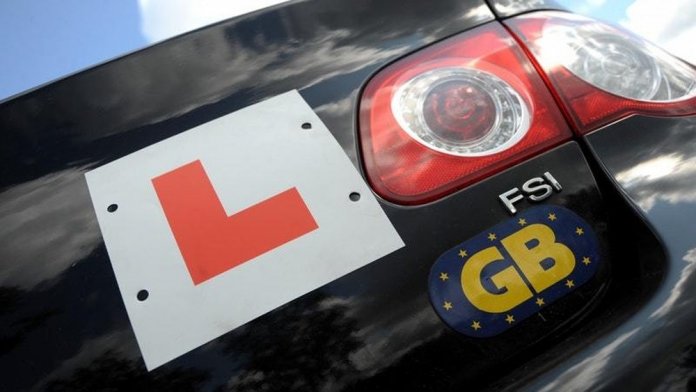 Her real name is Peace. I do not know her surname but I know that she is from one of the South South States. We met 13months ago shortly after my deployment from Jos, the Plateau State capital to Abuja in the Federal Capital Territory last year and became quite friendly. She once told me that she is desperately in search of a government job having completed her National Youth Service Corps a couple of years back although she is currently running a virtual eatery as a stopgap. A fortnight ago, Peace stunned one when I spotted her driving a red corolla car with an ‘L’sign without an instructor or guide. Her nervousness on the wheel made me to take over the steering to complete the driving for her for which she expressed her gratitude. Thereafter, I tutored her on the rules for learner drivers whose increasingly insane driving on Nigerian road calls for concern.

Today, I am focusing on these groups of road users with the above title that might offend some of my readers. Before I fall under the sledge hammer of any of these readers, let me first sincerely apologize and state that I mean no harm. Secondly, let me state here that I chose the above title to drive home the seriously of this development and the need to put a stop to it. Thirdly,   pondering over the appropriate title for this piece, my mind quickly flashed to oga driver, an interactive awareness Programme conceptualized by me and my colleague, Salihu Ibrahim Kindo of Aso Radio when I was the Sector Commander in the Federal Capital Territory. It was in the course of that Programme that we coined the  title learners or killers as a way of raising awareness on the seriousness and risk involved in this driving behavior, in addition to the need to draw a line between the good and the bad guys among learner drivers. If you want to know that I mean by the good and the bad, let me first that here that from our observations, the good guys represent the learner drivers who are not ashamed to be tagged, “Learners” and as such boldly display the “L” sign as mandated by law.

The bad guy on the other hand represents learners that out of unnecessary ego and pride refuse to display the “L” sign and even when they do, they willingly flout all the rules guiding a learner.

Specifically, the National Road Traffic Regulations, 2004, mandates all learner drivers to observe the following rules: Attend a certified and approve driving school as prerequisite to obtaining a fresh drivers licence. In the course of this coaching, the learner driver must display an L-plate, for learner, which is a square plate bearing a sans-serif letter L, for learner, which must be affixed to the front and back of a vehicle in many countries if its driver is a learner under instruction, or a motorcycles rider with provisional entitlement to ride restricted motorcycles. What this means is that this rule is a universal convention with slight variations from country to country. In the case of Nigeria, Section 27, sub section 1-3 of the National Road Traffic Regulations earlier cited spells out the details as applicable to learner drivers.

For the purpose of this piece, let me stress here that beside displaying an “L” sign, a learner driver when issued a learner’s permit, must be accompanied by a licensed driver-instructor sitting beside him to driver a vehicle or type stated in the permit from a period not exceeding three months from the date of issue within the highways specified in the permit. Besides these, the permit in itself forbids the learner from carrying any person no matter the level of affiliation except the instructor. In addition, the learner-driver must at all times comply with relevant traffic rules and regulations.

Unfortunately, these provisions are daily abused by learner drivers who no doubt display the “L” sign yet disregard the other provision meant for their safety and the safety of others.

The high flying learners on their own don’t even display the “L” sign and arrogantly violate all other provisions. It is even strange that other motorist expose themselves to unnecessary risks by offering to drive in such vehicles. It is also strange that women by our finding in the course of patrols rank among the greatest offenders when it comes to infractions that have to do with learner drivers.

It is very common to see women who are learner drivers on Sundays and during school run hours flout all safety precaution by carrying children in such vehicles and even doing the same on their way to worship centres.

I must emphasize at this point that the rationale behind the Federal Road Safety Corps driving school standardization programme which makes it mandatory for fresh applicant to attend a certified and approve driving school, is to nurture a fresh generation of drivers who will drive by rules and help the national projection of a zero level for road traffic crashes.

We therefore need to reappraise on going  public enlightenment and enforcement of these rules as we strive to meet the projected reduction of road traffic crashes as contained in the Federal Road Safety Corps 2019 Corporate strategy and in keeping with the United Nations Decade of Action for Road Safety,2011-2020.Perhaps,only stringent measures would deter these spate of infractions.