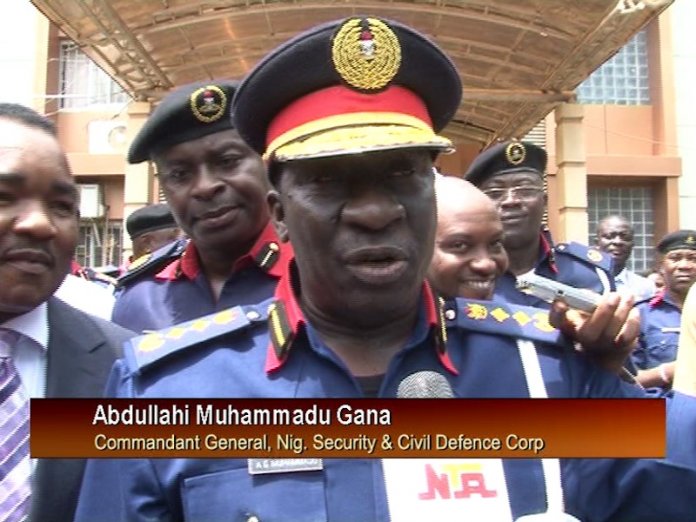 In preparation for the forth coming general election, the Nigeria Security and Civil Defence Corp, NSCDC, has received the sum of N3.5 billion for its operations.

In an exclusive chat with THISDAY, the Commandant General, Muhammadu Gana Abdullahi, revealed that 80 percent of the aforementioned amount will be paid as allowances to the personnel while the balance will be used for other logistics such as feeding and fueling of vehicles and boats amongst others.

Abdullahi who assured that the Corp had perfected synergy with other security agencies, said the Corp was fully prepared and will defend the votes of Nigerians with its 56,900 regular personnel who will be assisted by 30,000 volunteers as well as 400 to 500 security dogs out of its 1000.

While cautioning politicians and aspirants not to be selfish but to have the interest of the nation at heart and be fair to all, the Commandant General said power belongs to God and as such, politics should never be a do or die affair.
He said:”N3.5 billion was given to us and out of this, we spent N2.8 billion on staff allowances, fueling of vehicles and boats. Feeding will cost about N280 million.

On the threat of the Niger Delta militants to resume the vandalisation of pipelines in its response to the Justice Walter Onnoghen saga, Abdullahi said the Corp had issued out warnings and had ordered its men to be on the look out.
He emphasised that there was a divine purpose for being together under one nationality despite the differences in ethnicity, religion and creed.