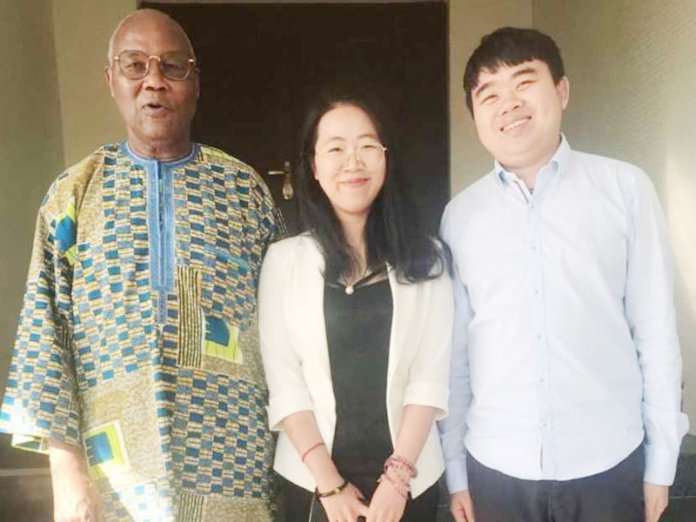 We have read your book on folklore and history, ‘Folklore and History’ (Usman, 2013). There are some folktale books you wrote in Hausa, but we don’t understand Hausa.

It is true. I started writing or taking interest in folklore or folktales around 2006. I am presently the President, Nigerian Folklore Society (NFS). I held this post about four years ago. I am still its current President. NFS was established since 1980. When I started to collect tales, I wrote about 14 books in Hausa. Then I wrote some in English. But now, I have collected over 3,000 tales from all over Nigeria, and they would be published maybe by the end of this year.

How did you collect the folktales and how did you choose which one to write?

I sent people to the countryside. I gave them guidelines. Some were professors in the university. They sent their students to collect some of these tales. Some, like my staff, I commissioned them to go and organise the collection of tales. Some submitted about 50 while some submitted 100 tales; they wrote them down whether in Hausa or in another language like Fulfulde which is Fulani or Tera, then they translated them into English. But the 3,000 which we collected will be published in two volumes because of the quantity, almost over 1,000 pages per volume.

How do you see the role of folk stories in traditional education?

That is the one we know to be the first school of a child before Western education came. We had no light, we had moonlight. When our parents came back from the farm in the evening, there was nothing else but storytelling. That was the time for lessons for children. But these days, I will go to work by 7 o’clock, I will not come back till 9pm, by that time children have already slept. That is why we are producing these books so that people who cannot have the time to talk to their children, the children will read the tales in books. Our challenge now is to see that some of these tales we collected are utilised to produce cartoons and animations instead of tales of foreign countries.

How can folklore be put into modern education system nowadays?

But our problem is to get the orthography, like your own is Mandarin, so that everybody can read. Nigeria has more than 250 languages, so how to get tales written in those languages for people to read is our problem. The only thing we can do is maybe to write in English, yes is for everybody. Hausa is also widely read. But if you want to translate it in a smaller language, you must have the orthography and is not available now, and even if it is available, you cannot get it on computer to type.

We know Nigeria has more than 250 ethnic groups and each group has its own folk stories. How could the folk stories be turned into nation building?

If we exchange, like what we have done now, is to collect tales, not only from the North-west, from North-east, South-south, South-east, North-central  but also from South-west, these will be put together. People will read and know the stories of other people. At the end of it, all of them are trying to convey the same message to the children.

Does Nigeria have some laws to protect folklore?

I am not sure about the law. But organisations like ours, that is the Nigerian Folklore Society are the ones trying to promote the tales. They collect them before they are forgotten.