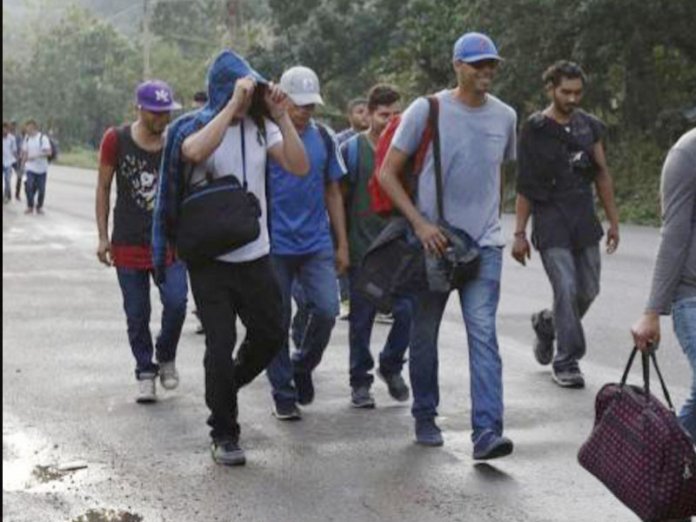 Apparently burdened by rising and straining immigration, the government of Czech Republic, a country in Central Europe, has offered €4,000 to migrants of different nationalities in the country, including Nigerians, to help their voluntary return to their respective countries.

The monetary incentive is to enable them comfortably settle upon their return home.
It is often said that there is no country in the world where Nigerians cannot be found. Someone even once dropped a wisecrack that there were Nigerians who were looking for places to live amidst the ravaging war in Syria even while Syrians were desperately looking for how to escape from their country.

Even though that couldn’t entirely be validated, such was a valid illustration of the desperation most Nigerians put up in their search for the proverbial greener pastures.

Consistently, stories are out there on the troubles faced by Nigerians who attempted to escape difficulties in their country but later ended in circumstances far worse than what they were running from in Nigeria.
Just last year, details of the unfortunate situation of migrants in Libya dominated major discussions across the world with global news channels like CNN and Aljazeera churning out compelling narratives to bring the disturbing development to the attention of the world for a speedy solution.

Featured in the Libya migrant saga were Nigerian young women who were forced into slavery and prostitution. There were also accounts of men making a living through some of the most horrible jobs for survival. The narration also included the stories of those who perished in the Mediterranean in their attempt to cross the sea from Libya to Italy and the victims included mothers and babies.

Expectedly, it was the heavy spotlight beamed on the disturbing issue by influential figures around the world and the global news media that triggered the response of the Nigerian government that swiftly set up an evacuation process which made it possible for many young Nigerians to be saved from the jaws of death in Libya.
In the process over 10,500 Nigerians were reportedly evacuated from Syria, 3, 500 rescued by the Nigerian government and 7,000 saved by the International Organisation for Migration (IOM).

This is why the IOM, the global organisation reputable for its proactive measures in dealing with immigration challenges and saving troubled immigrants across the world, made greater effort than Nigeria in the evacuation of Nigerians who were trapped in Libya .

Apart from the tested interventions by the IOM in ensuring that many irregular migrants, mostly of Africa descent, don’t fall into devastating predicament, the organisation, just like the current plan of the Czech government, has incentives that cover safe return of migrants and smooth re-settlement in their home country. And this has proven to be effective given the testimonies by many of the returnees from Libya.

Presently, with the strains being put by migrants from Nigeria, Afghanistan, Iraq, Mongolia, Russia and Vietnam on the social services being provided by the Czech government for its citizens, the government has launched an appeal to the migrants in the country, regardless of their immigration status which includes legal and irregular immigrants and asylum seekers, to come forward for the monetary incentive towards voluntary return to their country of origin.

Usually, potential immigration crisis begins when this kind of gentle and considerate gesture is disregarded. It then moves to agitation by the citizens, and from that point to organised hostility and violent xenophobia.
Hence, it is advisable that, at the early stage of this proposition by the Czech government for its migrant population, the Nigerian government, through its mission in the country, develop a scheme that will effectively address the situations of Nigerians in Czech so as to avoid a situation similar to that of Libya.