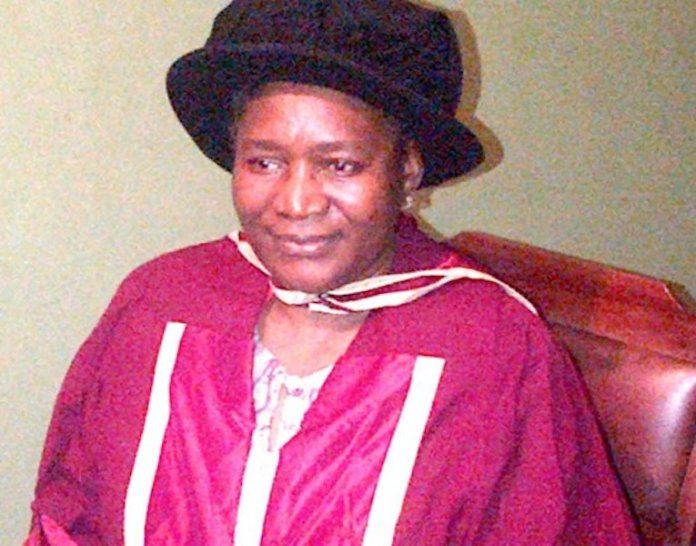 The President, Nigerian Women in Mathematics (NWM), Professor Olabisi Ugbebor has stressed the need for the country to have an electorate with sound mathematical education, who will recognise patterns easily and will be able to cut actual voting time.

Ugbebor, who made this known recently at the fourth annual Mathematics Conference (AMCE) with the theme ‘The Mathematics of Elections: Choices, Voting and Outcomes’, organised by the Mathematics for Life Foundation in Lagos.

According to her, “what legacy are we handing over to the next generation”?, saying that education should be well funded to make Mathematics education to be functional and encouraged so that e-voting will become popular option to curb rigging of election and allow honest leaders to emerge.

Ugbebor, who is the first woman Professor of Mathematics, University of Ibadan, added that right from primary school, computer literacy should be made compulsory with thorough grounding in Mathematics essential for innovation that would be applied to the particular needs of the nation.

“If all the indices that affect our choices are put in place (good roads, quality education and raised standard of living), there will be no rigging in the elections because people will know what to measure, there will be no partisan politics leading to development and all Nigerians will feel wanted.”

Without science and technology, based on a thorough knowledge of Mathematics, she said rapid industrialisation, which would lead to youth empowerment for self-employment will continue to be a mirage, constantly eluding the country and reappearing further ahead.

“We must let the old way of scoring low marks in Mathematics go, not by inflating marks, but by firing the imagination of our pupils and preparing students with such passion of not looking for ways to cheat,” she said, adding that parents need to start nurture and train on that.

The President of Toncia Energy Consulting and Professional Limited, Professor Godwin Chukwu spoke on the sub-theme, ‘Predicting Accuracy of Election Outcomes: Impact on Census Data and Other Factors’. He stressed the importance of mathematics in elections, saying that it would help in predicting accuracy of the outcomes for the candidates, the state of the economy, social issues, as well as foreign policy and terrorism.

The programme witnessed the presentation of awards to winners of the foundation’s National Essay Competition (NEC), National Mathematics Tournament (NMT), as well as to students with outstanding performance in the 2018 WASSCE and UTME.

The President of the foundation, Mr. Osuntuyi Omoniyi, who commented on its assessment of the competition over the years, said Mathematics is used as a tool for knowledge and also for students to understand it better, adding that the election period necessitated the theme of the conference.

Asked why he set up the foundation, he said: “It is not all about mathematics, we also organise an annual literacy programme where we teach people how to read and write, we also support people who can’t further their education. On a daily basis, we visit the SOS Children’s Village to donate items. We also have tournaments that we do, as well as focus on science subjects.”

He envisaged that the foundation would be known nationally and internationally in the next four to five years.