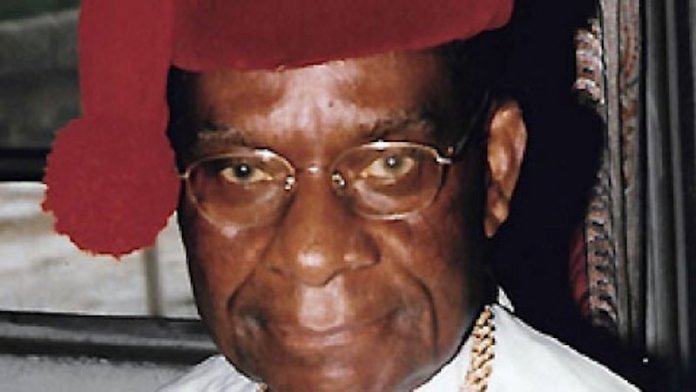 The exodus from the Peoples Democratic Party (PDP) in Akwa Ibom State continued on Monday with the defection of a former Commissioner representing Akwa Ibom State on the Board of the Niger Delta Development Commission (NDDC), Mr. Etim Inyang (Jnr), and 2,000 others to the All Progressives Congress (APC).

Inyang, the son of a former Inspector-General of Police, Late Chief Etim Inyang, led the group of defectors during the APC campaign rally in Mbo Local Government Area.

Addressing the mammoth crowd at the rally held at Enwang, the local government headquarters, Inyang said that he defected to support Obong Nsima Ekere, the APC governorship candidate, to take Akwa Ibom State to the next level.

Inyang expressed gratitude to Ekere who was barely two weeks in office as Managing Director of NDDC in November 2016 when he made the road leading to the venue of his father’s burial accessible.

Receiving the defectors, Mr. Ini Okopido assured them of equal rights and privileges with old members of the party.

The PDP in Mbo, the host community of three oil exploration companies, the Forward Operations Base of the Nigerian Navy and the proposed Ibaka Deep Seaport, has suffered mass defections in recent times in spite of the presence of the Secretary to the State Government, Dr Emmanuel Ekuwem.

The Commissioner for Culture and Tourism, Mr. Victor Antai, and the Special Assistant to the Governor on Projects, Mr. Godswill Ekpenyong, resigned their appointments and defected to the APC late last year.

Prince Alex Nyong, a former Chairman of Mbo Local Government, said PDP in Mbo has been reduced to a desert with only three notable persons.

The rally also featured the presentation of flags to Senator Nelson Efiong, Mr. Victor Antai and Chief Effiong Johnson, the APC Candidates for Senate, House of Representatives and House of Assembly, respectively.