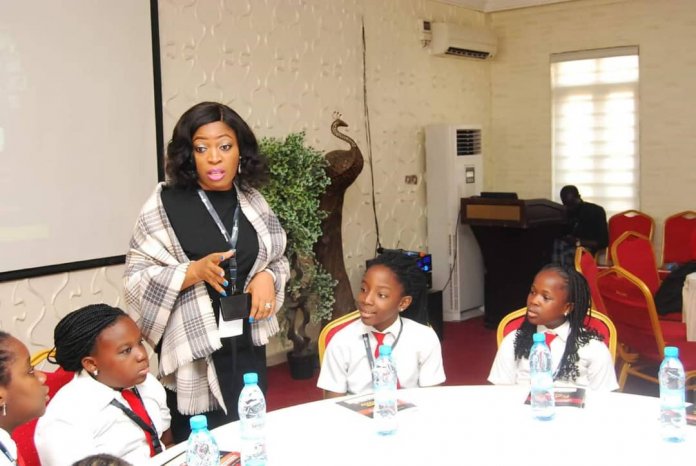 Techie and Savvy, an organisation that raises future leaders recently held a business leadership conference in Lagos, with the theme, ‘The Future is Now’, for primary school pupils.

The programme featured talks on topics like ‘Start Small and Grow Big’, ‘Time Management’ and ‘Discovering who you are’.

Speaking at the conference, the founder of Techie and Savvy, Ogechi Ofurum-Omeike said her organisation aims at raising future business leaders and as such collaborate with schools to run entrepreneurship clubs .

“We understand that there is lack of employment in Nigeria, yet our universities are still churning out graduates that we don’t have sufficient structures to accommodate.

“Our aim is to instill an entrepreneurship mindset in the younger generation so that they can become self-sufficient and employers of labour thereby minimising unemployment level in Nigeria.”

The Programme Manager Enterprise, Leap Africa, Mr. Temitope Richard-Banjo described time management as everything and an important resource one can have.
For the pupils, he said this is the best time for them to understand the importance of time and doing the right things at the right time which is key.

“There may be distractions and things that are time wasters to them as they go ahead, but they should be able to identify those things and cut down on them; and take their time seriously.”

He faulted the African time mentality in Nigeria, saying that it is disrespectful when an event is to start and people are not there.

“You need to plan yourself and consider other factors such as traffic. Punctuality is one of my core values. If we don’t do things at the right time, we will keep having backlogs of problems.”

Richard-Banjo stressed the need for schools to introduce time management into their curricular, adding that the soft skill is one of the things that make the children become great in life.

The General Manager, Zaron Cosmetics, Mary Jane Ohabu, who spoke on ‘Start Small and Grow Big’, described the initiative as amazing, saying, “the kids have really been groomed to an advanced level. It is amazing that they are thinking this way at this level and participating in activities like this.”

She suggested that major topics discussed at the seminar should be incorporated into schools’ curriculum because of the need to catch them young.

“Our country is at a point where it needs all the help it can get. With the knowledge and strength the children are growing with, we should look forward to the future.”

She advised the pupils to stay focused, continue to better themselves, listen and learn which will put them on the right track.

An entrepreneur, Mr. Onye Ubanatu, whose topic focused on ‘Discovering who you are’, said he believes that one’s primary assignment in life is tied to one’s purpose in life and that sharing with the pupils is a plus.

“We have a lot of adults who went through a process in life without discovering their purpose at an early stage. Sharing with the pupils now is an opportunity because this is the stage they get to mould an idea and having them know that they should know the things that bring value to them and their families; and build on these things.”