Bayer Middle Africa has inaugurated an ultra-modern office in Ikeja, Lagos. Speaking at the event, the Governor, Lagos State, Akinwunmi Ambode, said the firm is not only reinvigorating its presence in Nigeria, but also demonstrates confidence in the country and in Lagos.

Ambode, who was represented by his Special Adviser on Overseas Affair and Investments, Prof. Abass Akande, disclosed that the company has been present in Nigeria since the 70’s but reinvented itself in Nigeria in June 2014, and commenced business operations in July the same year.

In his keynote address, Ambode said the company clearly understands the needs of the Nigerians both in areas of healthy living and agriculture and is perfectly in tune with the Lagos State drive towards ensuring food security.

Ambode, added that Lagos State Government was poised promote the growth of foreign direct investment in the country, which he said was why the office of overseas affair and investment was created.
On his part, MD, Bayer Middle Africa and Head marketing, Dr. Mohammed Jimoh, said the firm is a life science company with core competence in health care and agriculture.

According to him, “Our purpose stands for a better life, our goals is to create values for shareholders, customers and employees while strengthening the company’s earning power.”

Senior Bayer Rep & Chief Financial Officer of West and Central Africa, Oliver Gierlich, also described Nigeria as a major economic force and this development needs to be accompanied with higher products from the industry. 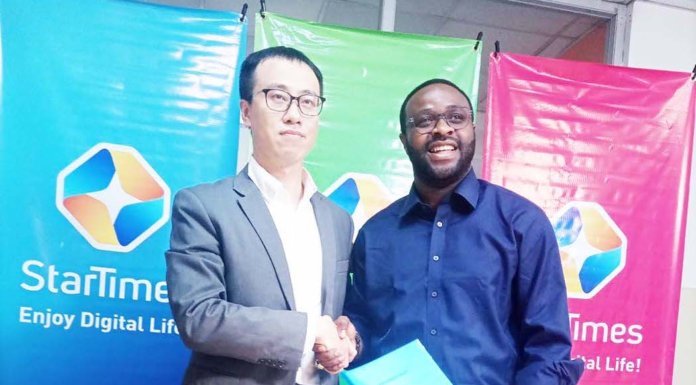