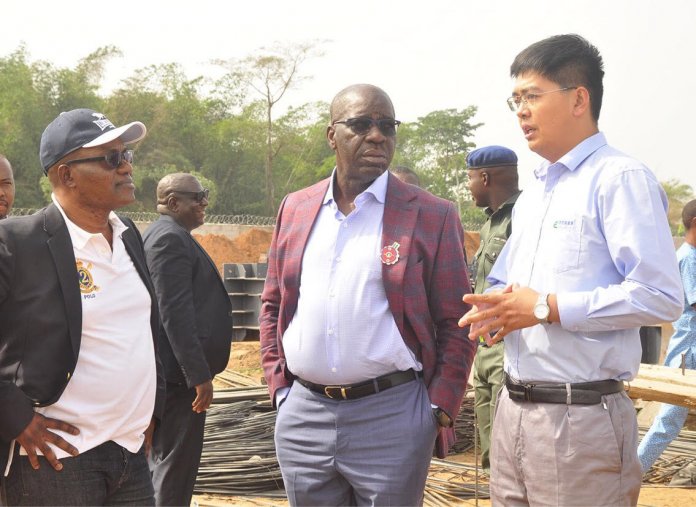 Sunday Ehigiator writes that in Edo State, Governor Godwin Obaseki is defying the odds to get power to the people amid a litany of challenges

In an industrial age, no one underestimates the place of electricity in development. From powering heavy industries and small businesses to lighting up machines and equipment in schools, health centers and homes, power, in a manner of speaking, is life.

In the many years that Nigeria has made frantic efforts at transforming its economy, the inability to fix power supply – the harbinger of industrial growth – has been the albatross dragging the country down, leading eventually to the unbundling of the monopolistic state power company, Power Holding Company of Nigeria (PHCN).

After this, it was thought that the emergent companies would dramatically change the narrative. However, amid a litany of challenges, the distribution arm of the unbundled power companies seems to have been hit by a hard brick over how to deliver power to homes, offices, industries and other critical infrastructure across Nigeria.

This peculiar situation has pitted Governor Godwin Obaseki against the Benin Electricity Distribution Company (BEDC) and its management in Edo State. While the governor is unleashing an ambitious plan to industrialise the state and deliver good governance to the people, it appears the BEDC is at a loss on how to meet its mandate to distribute electricity to customers in the state.

Realising that the company has become a stumbling block in his plans, the governor sought alternatives to get electricity to power government offices, business clusters and street lights across the Benin metropolis through a Power Purchase Agreement (PPA) from the CCETC-Ossiomo Power Plant, an agreement that is set to change the tune of power distribution in the state christened the heartbeat of the nation.

Obaseki has not minced words on his disappointment with the services of the BEDC in the state, as issues got to a head when he walked out the managing director of the company, when she joined a delegation from the National Assembly on a visit to the government house, in Benin City. On that day, he was livid.

He was quoted to have said: “BEDC has been an obstacle all the way. They will not provide electricity and will not allow you to get alternative sources of power. The state will not allow it. As governor of Edo State, we have lost confidence in BEDC. We don’t want them here. We are in darkness. Let us remain in darkness until we find people who are capable of delivering electricity. This is our position.”

The governor said despite the fact that the state generates about 600 to 700 megawatts of electricity, the people are still in darkness, wondering how he is expected to explain the irony to the people, who are well aware that they produce a substantial amount of electricity in the country.

He said that BEDC has failed to recognise that they have to be patriotic and responsible to the state and the country but instead they have been noncommittal about the issue of power distribution.

“To assist them in their function, we set up electricity committees across the local government areas chaired by the Deputy Governor of the state, Rt. Hon. Philip Shaibu, with BEDC as member to understand the challenge. But BEDC frustrated our resolve to finding a lasting solution to the issue of providing electricity to our people,” the governor said.

Leading those screaming at the top of their voices over the unsavory operations of BEDC is the Edo Civil Society Organisation (EDOSCO), which has laid siege to the office of the company in Akpakpava, Benin City, the state capital.

The group has consistently protested the company’s high-handedness and inability to deliver on its obligation to electricity customers in the state as well as the other states where the firm has operations.

Last year, civil society, native doctors, communities and electricity consumers staged protests in Benin City, over the plan to renew the operational licence of BEDC, arguing against the move as the company was ‘incompetent.’.

The Public Relations Officer of the Edo State Civil Society Organisations (EDOSCO), Osaze Edigin, said the peaceful demonstration which lasted for three days was to draw the Bureau of Public Enterprise (BPE)’s attention to the “incompetence of the distribution company.”

According to him, “BEDC’s operational licence must not be extended or renewed. BPP and NERC cannot be compromised. Today, we are in collaboration with other interest groups and critical stakeholders, reaffirming our stand that the operators of the BEDC do not deserve an extension or renewal of operational license for a day later than October 31, 2018. We vehemently object to it and sue the BPP and NERC to pursue the happiness of the people whom they swore to serve.”

The governor at different fora has decried the BEDC’s lack of preparedness to extend electricity to over 195 communities in the state, in addition to 128 other communities with collapse distribution infrastructure, which the company is not prepared to fix.

Also, Ihovbor community in Uhunmwonde Local Government Area, which hosts Azura Power Plant, has been on the receiving end of the company’s antics. In November 2018, members of the community during a protest to government house in Benin City, accused officials of BEDC of removing a transformer bought and installed by them. The action of BEDC left the community in darkness for 16 months.

The governor is not alone in his condemnation of the poor services rendered by BEDC in Edo State. The Edo State Council of Traditional Rulers and Chiefs, headed by the Benin Monarch, Omo N’ Oba N’ Edo, Uku Akpolo kpolo, Oba Ewuare II, also joined their voices to the call for improved service by the power distribution company.

In a recent communique issued on Friday, November 30, 2018, at the Oba Palace, Benin City, the Council said it “condemned in strong terms the poor performance and inability of the Benin Electricity Distribution Company (BEDC) to provide electricity to the good people of Edo State.”

It “frowned at BEDC’s inability to provide prepaid meters to those willing to buy and its imposition of illegal and outrageous estimated billing system on its consumers” and “fully endorsed the actions of His Excellency, Godwin Nogheghase Obaseki, Governor of Edo State, in calling for the non-renewal of the contract between BEDC and the relevant agency of the Federal Government and urged the governor  to vigorously pursue the procurement of alternative source(s) of power in order to bring comfort to the people of Edo State.”

The Edo State Council of Traditional Rulers and Chiefs reached the decision after consulting with the relevant stakeholders and experts in the electricity sector, before they joined forces with the governor to demand quality service from BEDC.

“We cannot continue to dwell in unending darkness and watch our people suffer untold hardship, resulting from the inefficiency of BEDC. Our people who are into small and medium scale businesses are going out of business daily and bigger businesses are having their share of the hardship.”

They added: “We will not allow our economy to collapse on account of the incompetence of BEDC’s management and we urge BEDC to either rise to the occasion and provide electricity or leave our communities. As leaders, we have exercised sufficient restraint, hoping that BEDC would overhaul its system to better serve Edo people. But the company’s capacity to deliver on its mandate is suspect, and what is worse, is the disrespectful posture of its managing director Mrs Funke Osibodu.”

CCETC-Ossiomo Power Plant to the Rescue

As consumers of electricity anticipate the withdrawal of BEDC’s operational licence by the federal government,  Obaseki has made progress with his plans to rescue the state from the oppressive grip of BEDC with the commencement of construction of the CCETC-Ossiomo Power plant. The first phase of the construction, according to the governor, is expected to be commissioned in April, which will make more electricity available for distribution in the state.

Director of CCETC Clean Energy/ Ossiomo Power Plant, Dr. Uwa Egiehon, confirmed that the 55 Megawatts power plant which is a joint venture between a Chinese Company, CCECT Clean Energy and  Ossiomo Power would be delivered between April and May, as the company intends to use natural gas from a 50-metre gas pipeline close to the site to provide five megawatts of electricity to the state government offices and streets lights along Sapele Road in Benin City, the state capital, in the first phase of the project.

The 55MW Power Plant project which is expected to be built in phases, the governor said, will ease the distribution of the power, as a substation would be set up around Kings Square, which would provide power for street lights.

According to the governor, the state government is concluding transaction to deliver electricity to 200 Kilometre street lights across the city. The governor believes that with the 55 Megawatts power plant byCCETC Clean Energy/Ossiomo Power Plant, in place, some electricity will  be made available for the distribution company to supply to consumers.

“We believe that if the megawatts produced increase, the distribution company will have more power to distribute to other cities in the state. There is an arrangement to drop power in certain processing centres where artisans can move into and do their businesses with the assurance of steady power supply,” he said.