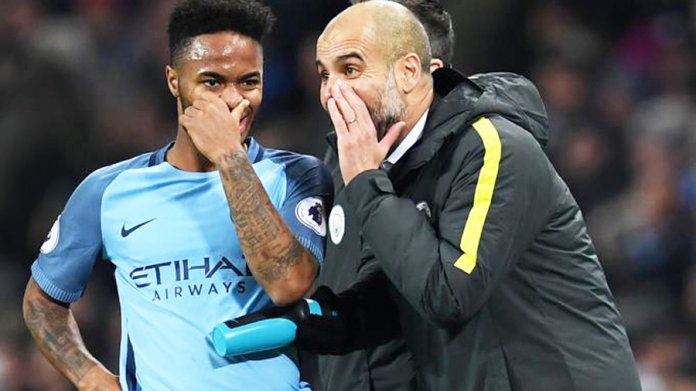 Having already through the final of the EFL Cup into the last 16 of the Champions League and are hot on Liverpool’s heels in the Premier League, Manchester City will continue their quest for an unprecedented quadruple with a home match against Burnley today in round four of the FA Cup, a competition that has so far eluded Pep Guardiola

Pep Guardiola, who has tried his best to play down City’s quadruple hopes, had the luxury of heavily rotating his side on Wednesday evening for the EFL Cup semi-final second leg against Burton Albion, already sitting on a nine-goal lead from the first leg.

The Citizens added another goal to their tally thanks to Sergio Aguero’s first-half strike at the Pirelli Stadium, but they never really got out of first gear in what was essentially a friendly match in East Staffordshire.

City can now look forward to another trip to Wembley in a month’s time, where they will face either Chelsea, with Guardiola aiming to add a third major honour to his name in English football, adding to the Premier League and EFL Cup crowns won last season.

While challenges for the top flight is second nature for the Citizens these days, they have struggled in the world’s oldest club cup competition. Only once have they gone all the way since the 1960s – in 2010-11 when Yaya Toure scored the only goal of the game in the final against Stoke City.

Since then, City have been knocked out by Manchester United in round three, Wigan Athletic in the final, Wigan in the quarter-finals, Middlesbrough in round four, Chelsea in the last 16, Arsenal in the semi-finals and Wigan – again – in round five last season.

The good news for Guardiola’s charges is that bogey side Wigan are already out of this season’s competition, but it remains to be seen whether they can end their eight-year hoodoo this time around.

Round-three opponents Rotherham United offered little resilience, with the English champions coming out on top 7-0 at the Etihad Stadium, three days before their 9-0 thrashing of Burton.

City have won seven matches in a row since back-to-back defeats at the hands of Crystal Palace and Leicester City either side of Christmas, scoring 28 goals during that run. The Citizens have also won their three home FA Cup matches under Guardiola by an aggregate score of 16-2, so not many will give Burnley much hope of pulling off an upset.

Having endured a terrible first half to 2018-19, Burnley have won four and drawn one of their last five matches to finally hit form.

The Clarets are now up to 16th in the Premier League and three points clear of the drop zone, but Sean Dyche knows that his side are still in a relegation scrap.

Last Saturday’s goalless draw at high-flying Watford was a good result on the face of it, though Burnley were wrongly denied a late goal that, had it stood, would have lifted them up to 14th.

Dyche can have no complaints with the spirit shown by his players over the past month, with this five-match unbeaten streak following immediately on from a run of one win in 12 matches – nine of those ending in defeat.

A cup run would be nice, of course, but the 1914 winners face arguably the toughest test of them all this weekend. In fact, the Clarets are winless in 13 away FA Cup games against Premier League sides since a 1-0 win at Derby County in December 1999.

Included in that sequence is a 4-1 loss at the Etihad Stadium 12 months ago in round three, going down to a couple of goals from Aguero and one apiece from Leroy Sane and Bernardo Silva, despite leading in the match with nearly an hour played.

Burnley will be keen to avoid a repeat of that scoreline, but their recent history in the FA Cup suggests that anything other than a defeat would be a huge shock.

After making an unbeaten start to 2019, however, Dyche’s men do at least make this latest trip to the Etihad Stadium with some momentum on their side. The Premier League takes priority this season, but Burnley have a chance to show that they really have turned a corner by pulling off a big upset.

Sheffield Wednesday travel to Stamford Bridge in the FA Cup fourth round on Sunday as they take on Premier League opponents Chelsea. The Owls advanced to the next round courtesy of an Atdhe Nuhiu winner against Luton Town, while the Blues saw off Nottingham Forest in a 2-0 win.

Wednesday are unbeaten in two matches coming into the match, while Chelsea lost their most recent Premier League match to London rivals Arsenal.