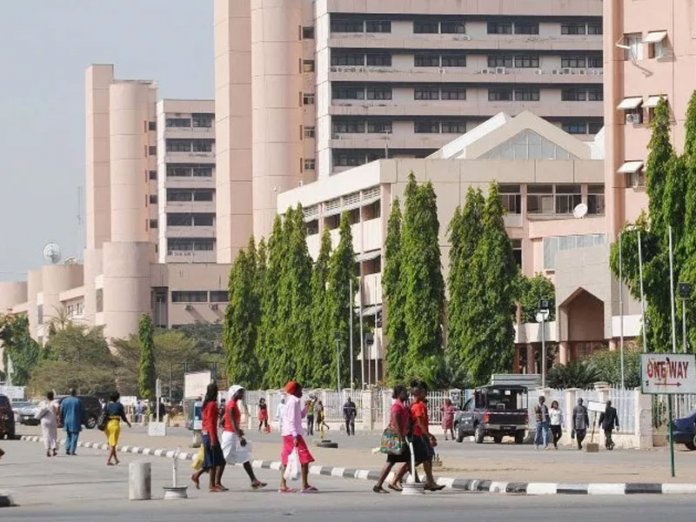 James Emejo, in this analysis, evaluates the efforts being made by the Institute of Public Administration of Nigeria (IPAN) to employ both regulatory and legislative alternatives to instill good governance in a rather weak and inefficient public service, particularly the executive arm with a view to making them more productive to the economy

For the purpose of administration, the country is segmented into the public and private sectors and while the latter employs less than 30 percent of the workforce, the former accounted for over 70 per cent of labour.

The private sector is believed to have developed a strong system of administration and capacity building through the existence of various professional bodies, which served as regulatory institution for their members, situation that has greatly boosted the sector’s contribution to national development in recent times.

Presently, it is established that, about 13 chartered institutes committed to training, mentoring and developing professionals for the private sector exist: chief among them, Institute of Chartered Accountants of Nigeria (ICAN) and Chartered Institute of Taxation of Nigeria (CITN), among others.

On the other hand, in the public sector, which is categorised into the judiciary, legislature and the executive scarcely has any institution regulating its workforce except for the judiciary and legislature, which has some measure of self-regulatory bodies.

In particular, the executive arm of government, which employs over 60 percent of the labour force in the public sector, cannot boast of a professional Institution committed to the regulatory and capacity development of personnel, a development, which explains the reasons behind the lack of good governance in ministries, department and agencies of government (MDAs)

The narrative, however, informed a recent push by the IPAN to sponsor a bill for an Act to Establish the Chartered Institute of Public Administration of Nigeria, through the National Assembly.

The legislation, which had already passed the public hearing stage in the House of Representatives is expected to however, breathe a new life into public sector administration by training and regulating public servants to be skilled and professional in their conduct of government business.

During the public hearing on the bill, stakeholders strongly supported the establishment of the institution, noting that, it was long overdue to correct inherent lapses in the public service.

Chairman, House Committee on Banking and Currency, Hon. Chukwudi Onyereri, said the bill was geared towards achieving one golden objective, which is to establish a professional body that would help to “build those who build the nation.”

Stressing that the development of any country depended on its human capital development, he said the concept of public administration implied the application of administrative supervision tools, which could only be applied by highly trained and professional skilled career administrators.

According to him, the proposed Institute will be saddled with the responsibility of promoting the exchange of professional ideas and information, formulating exacting standards of competence and conduct as well as exercise discipline to uphold the highest ethical standards among members.

The Speaker of the House, Hon. Yakubu Dogara, had in his opening remarks noted that the bill was significant to the country’s yearnings for improved leadership, particularly in the public sector.

He said when passed into law, the bill would serve to deepen human capital development policies as well as ethical reorientation of those in administrative positions.

According to him, the country’s human capital development indicated the need for concerted efforts on the part of administrators to pool their efforts together to improve on the quality of service delivery in the sector.

Dogara said:”In the light of this and in view of the myriad socio-economic problems facing the nation, it’s instructive that we should all support the establishment of institutions like the one on point that can help to build the right crop of administrators to give direction to our nation-building efforts.

He added that the proposed Institute could complement the repositioning of the public service to meet the present and future economic, social and technological challenges of the digital age.

The Registrar/Chief Executive of IPAN, Mr. John Evbodaghe, said MDAs and individuals in the public sector are unresponsive and unproductive, making it almost impossible for the public sector to contribute effectively to national development.

“And what do we have in the public sector? That attitude that the public sector is nobody’s business and so we do it the way we like. But we are saying that the Institute of public administration is here not only to train and discover and develop but also to deliver to the public sector, highly-trained professional administrators,” said.
He said: “We believe that the business will be redefined if the Institute comes into being to monitor this sector. Consequently, the IPAN started in 2002 to build those who build the nation, which is the labour force.

“This labour force has 70 per cent from the public sector and they’re in charge: we call them the engine room and the driver of the economy and yet they cannot contribute.”

He stressed that, “Nigeria, China and India; we were in the same class some years back: they called them underdeveloped nations, but China and India have since packaged themselves and trained their people and today, they’ve moved forward, leaving us still in the same class of underdeveloped nation. China has developed and are here helping us to grow our nation.

“What happened to our people and why are we not training them? And so this is what the Institute stands for and we believe with your cooperation, we’ll move the nation forward.”

He said development efforts and government policies were threatened by the incompetency and ineffectiveness of the civil service.

According to the Registrar, as a result of this, successive governments in Nigeria (from post-independence era to the contemporary times), embarked on articulated patterns of reforms aimed at improving the efficiency and effectiveness in the civil service.

He said what had been done so far in terms of Civil Service reforms was no more than addressing the symptom rather than the cause of the rot.

“The current quest by both the federal and state governments to reform through general staff audit, payroll clean up, monetisation of fringe benefits, pay reform, review and update of public service rules and financial regulations without delving into the professionalisation of the administrative personnel structure has been futile and unsustainable,” he said.

“All these efforts failed because there is the lack of professional ethics that should guide the practices in the administration of civil service and concerted efforts in the past to address it, has also failed.”

However, the then Minister of Finance, Mrs. Kemi Adeosun, in her submission said the proposed institution would raise the standards and sanitise the profession public administration practitioners in the country.

Represented by Barrister Baba Alhaji Saidu, the minister welcomed the structure and composition of the membership, stating that it has provided a standard and structure capable of assisting the public administration practitioners to keep to the rules of ethics of the profession.

She, however, drew attention to some oversights observed in the draft bill and urged the committee to address grey areas.

Meanwhile, the Governor of the Central Bank of Nigeria (CBN), Mr. Godwin Emefiele, in his memorandum submitted to the committee on the subject matter raised the fact that there exists a Chartered Institute of Local Government and Public Administration (CILGPA) Act, 2017, also established to promote professionalism in the system and for related matters.

Represented by CBN Assistant Director, Mr. Henry Foma, the governor said unless the existing Act was repealed, and the bill reviewed and presented in a well-articulated structure, it could lead to duplication of laws.