Adedayo Akinwale in Abuja and Femi Ogbonnikan in Abeokuta

The Peoples Democratic Party (PDP) has called on the Chairman of the Independent National Electoral Commission (INEC), Prof. Mahmood Yakubu, to insulate the commission from unnecessary controversies by immediately obeying the judgment of the Court of Appeal of December 18, 2018, which affirmed Hon. Ladi Adebutu as the candidate of the party in Ogun state.

This is coming as the electoral body has cautioned the faction of the party backing Adebutu and the candidate himself to stop campaigns.

The Court of Appeal sitting in Ibadan had in December sacked Buruji Kashamu as the Ogun State governorship candidate of the PDP.

The three-man appeal panel led by Justice Haruna Tsammani unanimously agreed that the lower court was wrong in its decision and consequently set aside the order, saying it was null and void.

“In the interest of justice, the order of the lower court is set aside, null and void and an academic exercise,’’ the judge said.

However, the Federal Capital Territory High Court had last month dismissed the suit filed by Adebutu to challenge the nomination of Kashamu as the governorship candidate of in Ogun state.

In the suit, Adebutu asked the court to declare him the authentic candidate of the party for the March 2 governorship election.

But while delivering judgment, Ajoke Adepoju, the presiding judge, said the case filed by Adebutu cannot be maintained to declare him the governorship candidate of the PDP.

Adepoju said although Adebutu was nominated by the National Working Committee (NWC) of the party, the primary election where he emerged as candidate was conducted in violation of a subsisting court judgment.

The judge held that the PDP national working committee acted in bad faith by flouting a subsisting judgment of a Federal High Court delivered by Ibrahim Buba.

But the National Publicity Secretary of the party, Mr. Kola Ologbondiyan, at a press conference yesterday in Abuja, insisted that Adebutu’s name was duly and statutorily submitted to INEC after he won the governorship primary conducted by the party’s NWC, the only body empowered by law to conduct such primaries.

The main opposition party said it has not substituted his nomination with anybody, adding that such not in its contemplation.

“The PDP cautions the Chairman of the Independent National Electoral Commission (INEC), Prof. Mahmood Yakubu, to insulate the commission from unnecessary controversies by immediately obeying the judgment of the Court of Appeal of December 18, 2018, and without further delay reflect Hon. Ladi Adebutu’s name on the ballot, in the interest of a hitch free and peaceful election in Ogun State,” he said.

“The PDP hereby informs the general public, security agencies, all electoral organs, observers and particularly, its teeming supporters in Ogun State that its candidate in the March 2, 2019 election in Ogun state remains Hon. Ladi Adebutu.”

Ologbondiyan stressed that since the ruling of the Court of Appeal validating Adebutu as the PDP governorship candidate in Ogun State, no other court, not even the Supreme Court has overturned that extant ruling.

However, the electoral body has cautioned the faction of the party backing Adebutu and the candidate himself to stop campaigns.

INEC cautioned those it described as some self-proclaimed candidates of the Ogun State chapter of the PDP whose names did not appear on the candidates’ list released by the commission to desist from campaigns.

According to Okoye, only members of the PDP whose names were on the list released by INEC are the genuine candidates of the party, adding that others were mere pretenders.

“So, it is the names of those candidates that have been published. Any other individual, outside that particular list, who is campaigning for any position whatsoever, is on his or her own. The INEC has nothing to do with that. We have obeyed the law. We have published the list of candidates that we were asked to publish based on court order and we have done what the law requires us to do,” Okoye explained. 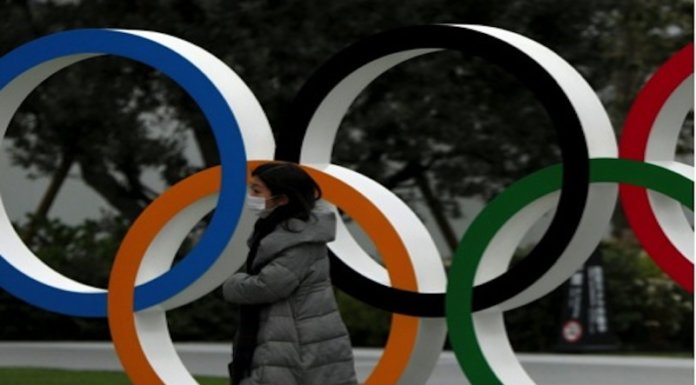