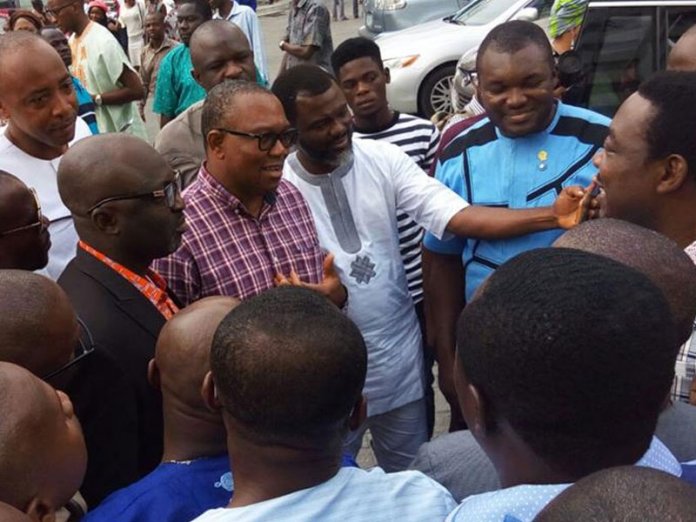 The vice-presidential candidate of the Peoples Democratic Party (PDP), Mr. Peter Obi, has restated his support for a pro-business administration with his impromptu visit to markets in Lagos, to understand first hand the readers’ challenges.

However, the traders turned the visit into a carnival as they closed shop, shut down the streets and chanted the former Anambra State governor’s name.

In his parley with the traders at Ladipo, Computer Village, and Festac, the traders eulogised his administration during his two-term tenure in Anambra State.

The traders said that they were looking forward to experiencing the same commitment from him and his principal, Alhaji Atiku Abubakar, come February after winning the presidential election.

Obi was governor of Anambra State. He ran an anti-wastage government which cut down on cost of running governance, starting from selling off the Governor’s Lodge in Abuja, so he could fund education in the state.

Anambra State later moved from 28th in education across the country to first because of this radical initiative by Obi.

He was welcomed in the most joyous of ways with jubilant crowd, chanting and singing songs with his name.