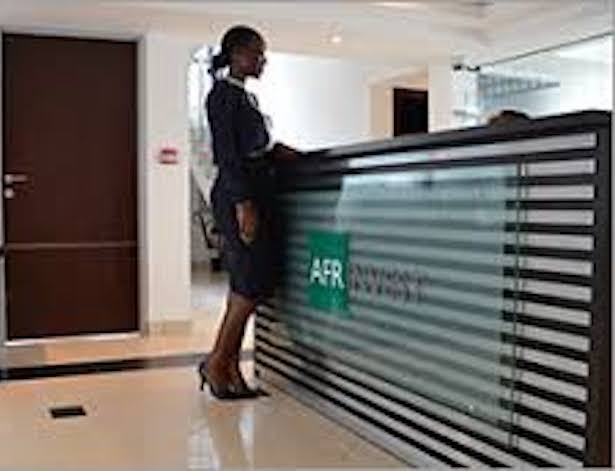 With less than one month to Nigeria’s presidential election, Afrinvest West Africa Limited has predicted that the poll will “once again be a tight contest between the two leading political parties.”

The firm disclosed this in its macroeconomic review of 2018 and outlook for 2019, titled: “On the Precipe,” unveiled at the weekend.

According to the Deputy Managing Director, Afrinvest West Africa Limited, Mr. Victor Ndukauba, the contest would be similar to 2015 when President Muhammadu Buhari of the All Progressives Congress (APC) unseated President Jonathan and the Peoples Democratic Party (PDP) which had hitherto been in power for 16 years.

According to Ndukauba, the macroeconomic outlook for 2019 is largely dependent on the outcome of the general elections and the likely impact it would have on the overall economy.

“In 2015, anti-corruption, security and the economy were on the ballot. President Buhari was considered an honest politician who would fight corruption and  a former army general capable of resolving Boko Haram insurgency as well as security issues in the Niger-Delta. Similarly, President Buhari received wide approval because he promised social interventions to reduce poverty.

“This was because despite robust growth under the PDP, inequality and poverty worsened.

“Going into the 2019 elections, these issues are still on the ballot, but the larger part of the conversation has been focused on the economy,” he explained.

According to a report by the Brookings Institution, Nigeria now has the highest number of poor people in the world – making Nigeria the world’s poverty capital.

Also, while security has improved slightly, the risk of instability is still elevated across regions.

In the North-east, Boko-Haram continues to wreak havoc.

Nevertheless, the report predicted that in 2019, the currency faces a downside risk. It noted that foreign capital flows may remain constrained due to both political risk and elevated interest rate in advanced economies.

“However, the Central Bank of Nigeria has guided towards a tight monetary policy stance which should help attract capital inflows. We also expect a stable current account surplus to support reserves accretion, if oil production remains steady at 2.1 million barrels per day as expected, and oil prices remain above US$50 per barrel.

“Overall, we believe the exchange rate will remain stable, especially in first half of 2019, since the CBN has ample reserves for interventions. However, we note that pressure on the currency will intensify in second half of 2019. Hence, we may see a depreciation in the currency to N401/$1, mirroring the rate of 12-month non-deliverable forwards quoted on Bloomberg,” the firm stated in the report.

Furthermore, it noted that the likely emergence of a new Central Bank of Nigeria Governor by mid-2019, may result in a new exchange rate policy, just as it forecasted that monetary policy would remain tight this year.

“The monetary policy environment has remained tight since 2016 despite weak economic growth. While growth has stayed below population growth rate of 2.6 per cent since 2016, inflation has remained elevated at double-digit – slowing to 12.2 per cent monthly average in 2018 (2017: 16.5%).

“Looking forward, the guidance offered by the Bank so far is that the restrictive monetary policy stance will remain in place for the early part of 2019.

“This is due to expected inflationary pressures from food shortages, fiscal spending and possible implementation of a new minimum wage of N30,000/month. “In our view, food shortages and a devaluation in exchange rate are the biggest threats to inflation, as well as pricing adjustments for electricity and petrol,” Ndukauba explained.

On his part, the Managing Director, Afrinvest Securities Limited, Mr. Ayodeji Ebo, anticipated that in 2019, the equities market would remain unfavoured by investors until after elections, “which wraps up in March 2019, when the effect of the negative sentiment is expected to dissipate.”

“This makes calling the market herculean. Nonetheless, we modelled market return scenarios around expectations on domestic monetary and fiscal policy, possible election outcomes, momentum of economic growth, dynamics of funds flow and outlook on global growth with the possible effect on policy normalisation.

“Although we are positive on equities market performance post-elections, our expectation hinges on possible scenarios amidst the various risk factors envisaged for equity investing in 2019.

“We conceptualised three major possible outcomes that could play out irrespective of the winner of the presidential elections.

These outcomes include the pessimistic case, the base case and the optimistic case.

The pessimistic case, with a probability of 40 per cent envisions a less likely post election violence characterised by slower than expected pace of economic growth in addition to negative signals in monetary policy management and increased pace of policy normalisation, especially from the Bank of England (BoE).

On the other hand, it stated that in the event that status quo is maintained in major policy disposition with successful and violence – free elections, irrespective of the winner, this would result in a base case. Finally, the optimistic case was the least likely scenario with a probability of 10 per cent, where the firm believed that a change in monetary and fiscal policy to drive investments would improve macroeconomic fundamentals.