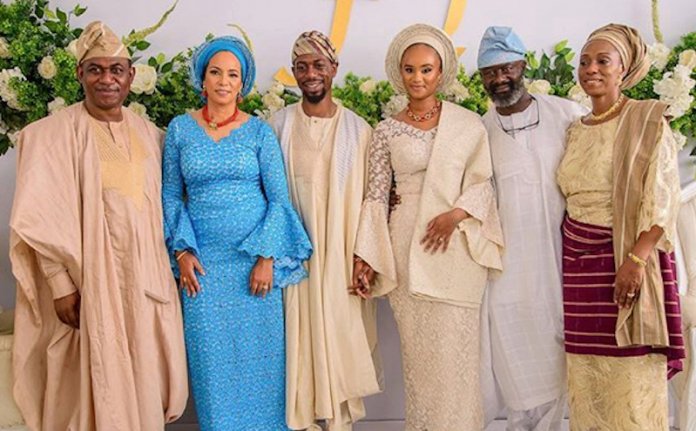 The flick of r tongues could drive the timid into the desolate corner where they could only cling to rage and spittle to escape the poisonous breath of the rumour mongers and the rumour mill. However, despite the insidious lunges of the rumour mill against them, polo buff, Dapo Ojora and wife Patricia Ojora, are unperturbed.

Rumour has it that the much-celebrated relationship of the duo has hit the rocks and that friends and family of the couple are doing everything they can to reconcile them.

It would be recalled that he gave his family, friends and other loved ones a terrible scare in the wake of the ghastly accident; too many of them feared he would not survive the deadly crash but he did. And ever since, Dapo beat a retreat from the public. He withdrew into his shell, carefully shunning every attempt by his friends and family to lure him out of his cocoon of anonymity until recently when his beautiful daughter, Tara Ojora and her beau, Folajimi Ayodeji, had their introduction ceremony, (Writing-In), at the Ojora family house in Ikoyi, Lagos. Or has the marriage run its full course?