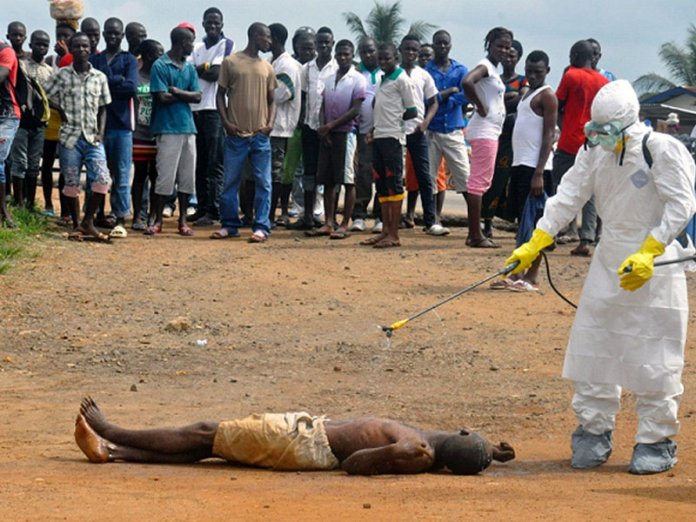 During outbreaks, it is very easy to get lost in the numbers. We are constantly updating our databases, our leadership and the media on how many people have become infected by the latest outbreak, how many have died and how many people the case have been in contact with and following up on those contacts. Everybody wants to know if the number of new cases is increasing or decreasing. Often, we are so lost in getting the numbers right, that we forget there are people behind the numbers. My experience during Nigeria’s largest Lassa fever outbreak between January and May 2018 taught me a lot of lessons – the most important being that we must always remember the humans behind the numbers.

During the outbreak, I had the opportunity to work with the risk communications group of the National Lassa fever Emergency Operations Centre (EOC). While I had played a similar role in previous outbreaks, notably the 2016/2017 Cerebrospinal meningitis (CSM) incident, the Lassa fever outbreak was different in many ways.

At the beginning of the outbreak, most of the work my team and I did was at the EOC situated at the Nigeria Centre for Disease Control (NCDC) headquarters. We developed key messages, designed graphics, produced short videos and jingles that focused on Lassa fever prevention. We focused on the numbers- as cases increased, we sent out more messages with increased frequency. We reached out to more people, but cases still continued to rise.

Around mid-January 2018 when the first group of Rapid Response Teams deployed to the most affected States (Edo, Ondo and Ebonyi) returned, it was clear that there was a significant gap in communicating to communities. Despite people indicating knowledge of the disease, they continued to engage in practices that put them at risk. On some occasions, people spread food on the roadside where rodents had direct contact with them. Some others lived in very dirty conditions where rodents had access to their personal items. In some health care facilities, there was a gap in communication between health workers and the relatives of some patients. These relatives put themselves in harm’s way to take care of their sick family members. These of course increased the risk of the disease spread.

We realised at this time that our messages had to be aggressively reviewed. I recall one of our early visits to a community in Edo State, where a high burden of cases had been reported. Members of the community, including households where people had become infected, spread their garri out to dry on the ground in the sun. After series of health education sessions, the community agreed not to spread their food in the sun. However, we did not discuss alternatives and on our return three days later, we were back to status quo. That experience made me realise further that the role of behavioural change in outbreak response activities should never be underestimated. However, at the same time communities require solutions to the problems they face. It is not enough to tell them not to do something, alternative solution needs to be presented to them.

Often, the society completely depends on the government, forgetting that the responsibility to protect their health also lies with them. It is important to remember that every Nigerian is at risk of infection of a disease- Lassa fever or any other. A simple analogy can be taken from my life growing up. In Aba, my mother owns a provisions and cosmetics shop. She has to meet and exchange greetings and money and physical contact with the hundreds of people who come to buy and sell in this market. Some of these people come from towns with a high number of cases of Lassa fever and may have been exposed to the virus. As diseases know no borders, the first step in protecting ourselves has to begin with reducing the risk of occurrence of the disease- through personal and environmental hygiene.

I was privileged to meet some of the people who make up the numbers reported- some as cases and others as contacts under observation. One clear fact was that traditional beliefs and cultural practices still determine the health seeking behaviour of many Nigerians, especially in rural communities. In some cases, people had remained in their homes to be treated by traditional herbs or in religious centres- not for lack of resources, but for the stronger belief in the spiritual. Many families found it difficult to accept the safe burial practices of loved ones who had died from the disease and sometimes insisted on direct contact with the corpse. It took a high level of dedication, advocacy, engagement of community leaders, yet we have not reached our final goal. Many Nigerians still remain unaware of the risk of late presentation to a health facility. Some survivors are stigmatised on return to the community. However, we continue to advocate for increased awareness. One of our goals over the next year is to set up a survivors’ community that will lead the required behavioural change from their small communities.

Unfortunately, some hundreds of people who made up the numbers reported are no longer alive to be part of the growing risk communications activities on Lassa fever in Nigeria. A simple message or preventive measure may have saved them. We now owe it to ourselves as Nigerians to stand up and lend our voices to the cause. Ensure your environment is clean- this will reduce contact with rodents. Report to a health facility if you have a sudden high fever- early treatment can save you. Take increased responsibility to share preventive messages on Lassa fever with someone- we can make the change we want to see, community by community.