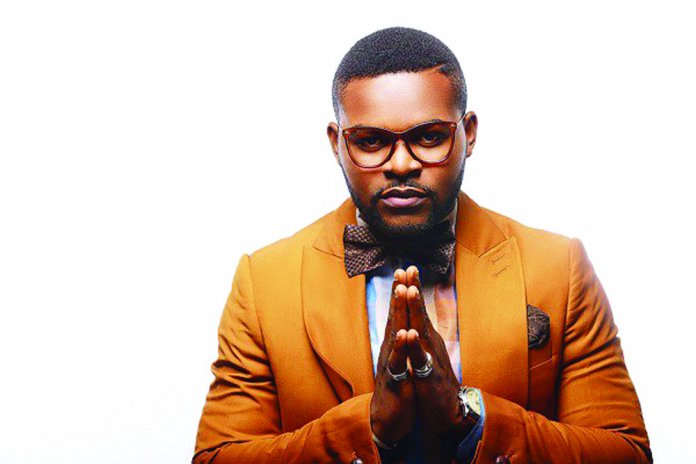 Socio-political consciousness has always been a part of Folarin Falana’s (a.k.a Falz) brand as he intends to create a consciously heard voice through his music, writes Ferdinand Ekechukwu

Days after he dropped its lead single which caused a stir online owing to the lyrics, singer and rapper, Folarin Falana a.k.a Falz the Bahd Guy released his fourth studio album, ‘Moral Instructions’ on Tuesday. The album was launched at a classroom-themed listening party held in Lagos and announced via his Instagram page @falzthebahdguy.

The social conscious singer had teased listeners few days to the launch by releasing art covers and merchandise designed by the legendary art illustrator, Lemi Ghariokwu who used to work for the late Fela Anikulapo-Kuti. The album itself also samples three of Fela’s songs. At the listening party, Falz explained the lengthy process he had to go through to sample the songs, adding that he almost gave up.

He said, “We sampled three songs from Fela on the album, it was a lot deciding whether to do the samples but I wanted the elements of the original Afrobeat. That was one of the main reasons I wanted us to sample and it was a lot of ‘ wahala ’ to clear the samples. We had to talk to his estate, talk to different companies in France and another in US that held the right to his Masters. I was this close to giving it all up but then I thought again, for what I want to achieve, I had to go ahead with it.”

The album, which is a socio-conscious themed project, follows the “27” album released in 2017 and contains nine songs with guest appearances from Demmie Vee, Chillz and producer/friend Sess. The listening party featured several celebrities, journalists, colleagues, industry personalities dressed in school uniforms in accordance with the event’s dress code. His father, Femi Falana (SAN) and mother Funmi, were present alongside the art illustrator, Ghariokwu while hypeman Shoddy was on hand to moderate and anchor the event.

Moral Instruction, as the title implies, follows the artiste as he tackles several topics dealing with Nigeria’s social ills and issues with political and social awareness througH its nine tracks, including songs such as ‘Follow Follow’, ‘Brother’s Keeper’, ‘Hypocrite’, ‘After All Said And Done’, and ‘Talk’. Talk is a socio-conscious record that addresses critical happenings and advises the youths to be wary of ‘greedy politicians.’

The ‘music activist’ had inspired anticipation for the project with the release of the instantly viral single, ‘Talk’. True to its title, the new song got people talking following its release on January 10. It re-awakened criticisms towards the lawyer-turned rapper over his continuous stand regarding prostitution or slut shaming. Majority of online audience, especially females, pointed to his lyrics, ‘’Instead make you work, you dey find Alhaji, You come turn your body to cash and carry’’ and called out Falz for his obsession with ladies who have made a choice with what to do with their bodies, adding that he’s not fair with the opposite sex as the issue concerns both sexes.

However, there were those who acknowledged that Falz touched on a number of controversially social issues in the album so for most listeners to now focus on his stance against ‘runs girls’ is just to major on the minor. In his response, Falz maintained that he detests commercial sex and will continue to speak out against it in his songs. ‘’Shamelessly, I will continue to say it. I detest transactional sex. It is my thing, that is what I believe in and you will continue to hear it in my music.’’

Socio-political consciousness has always been a part of the Falz brand as he intends to create a consciously heard voice through his music. Initially, that consciousness wasn’t very pronounced because it was laced with a lot of humour before the time of ‘This is Nigeria’, there were tracks like ‘Senator’, ‘My People’ and ‘ Wehdone Sir’.

In 2018, the entertainer released a controversial audio/visual song ‘This is Nigeria’, a mock-up of American rapper Childish Gambino’s ‘This Is America’. It addressed a plethora of societal issues prevalent in Nigeria, including SARS brutality, codeine, abuse, and Killings in some parts of the country.

The 28-year-old began his professional career in 2009 and hugged limelight after his song ‘Marry Me’ (featuring vocals from Poe and Yemi Alade), won him a nomination in the Best Collaboration of The Year category at the 2015 Nigeria Entertainment Awards. The multi-talented Falz, the singer-songwriter, rapper and comedian is often known to pride himself with panache as the only artiste with the Africa Magic Viewers’ Choice Awards twice for his acting prowess.