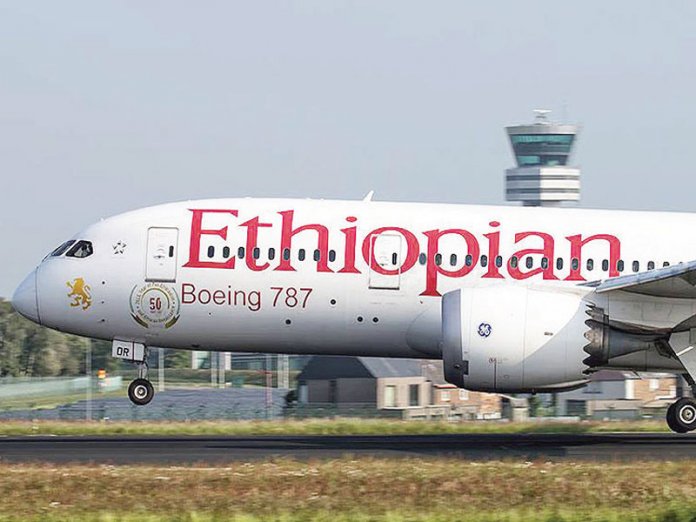 The International Civil Aviation Organisation and the International Air Transport Association project that globally airlines may transport more passengers in 2019 than last year, just as they frowned at the rate of air accidents in 2018; Chinedu Eze writes.

The International Air Transport Association (IATA) has indicated that globally more passengers would travel by air in 2019.

It also projected that the global airline industry net profit would be $35.5 billion in 2019, which is slightly ahead of the $32.3 billion expected net profit in 2018 (revised down from $33.8 billion forecast in June).
IATA said that the factors that would make this possible include the return on invested capital, which is expected to be 8.6 per cent and the margin on net post-tax profits is expected be 4.0 per cent.

It noted that the lower oil prices and solid, albeit slower, economic growth (+3.1%) are extending the run of profits for the global airline industry, after profitability was squeezed by rising costs in 2018.

It is expected that 2019 would be the tenth year of profit and the fifth consecutive year where airlines deliver a return on capital that exceeds the industry’s cost of capital, creating value for its investors.

“We had expected that rising costs would weaken profitability in 2019. But the sharp fall in oil prices and solid GDP growth projections have provided a buffer. So we are cautiously optimistic that the run of solid value creation for investors will continue for at least another year. But there are downside risks as the economic and political environments remain volatile,” said IATA’s Director General and CEO, Alexandre de Juniac.

Passenger Traffic
IATA said passenger traffic (RPKs) is expected to grow 6 per cent in 2019, which will outpace the forecast capacity (ASKs) increase of 5.8 per cent, and remains above the 20-year trend growth rate. This in turn will increase load factors and support a 1.4 per cent increase in yields (partially clawing back the 0.9 per cent fall experienced in 2018).

The Association said passenger revenues, excluding ancillaries, are expected to reach $606 billion (up from $564 billion in 2018).

ICAO Projection
In the same vein, the International Civil Aviation Organisation (ICAO) showed a total of 4.3 billion passengers were transported by air on scheduled services in 2018 and as IATA noted, this would be surpassed in 2019.

The document issued by ICAO’s Chief of Communications, Anthony Philbin, said this indicated a 6.1 per cent increase over 2017 when 4 billion passengers were flown by the airlines.

He said the number of departures rose to approximately 38 million globally, and world passenger traffic grew solidly at 6.7 per cent, but the growth was however a slowdown from the 7.9 per cent achieved in 2017.

“Over half of the world’s 1.4 billion tourists who travelled across international borders last year were transported by air, and that air transport now carries some 35 per cent of world trade by value. Indeed, around 90 per cent of cross border Business-to-Consumer (B2C) e-commerce was carried by air transport.

“The final official figures will be released in the 2019 Annual Report of the Council,” Mr Philbin added.
He noted that air travel growth had eased in comparison to the strong upward trend seen in 2017.
Mr Philbin said the stimulus of lower airfares to travel demand had reduced due to the higher fuel prices from the last two years, reflecting the moderation in growth momentum.

”However, air traffic growth remained solid in 2018, underpinned by the global economic conditions throughout the year.

“Despite recent softening, world real gross domestic product (GDP) growth is projected to be at 3.1 per cent in 2018 before slowing gradually over the next two years,” according to the World Bank estimates.

Mr Philbin said international scheduled passenger traffic grew by 6.4 per cent in 2018, down from the strong 8.4 per cent recorded in 2017.

He said all regions posted slower growth than 2017, with the exception of an improvement in North America driven by the stronger U.S. economy and continued international expansion of Canadian carriers.

Positive Growth
The Portal noted that on a global scale, passenger air travel is expected to maintain positive growth rates up to 2030, despite a number of challenges faced by the industry.

“Airlines around the world are struggling with high jet fuel prices and sluggish economic growth. However, these difficult economic conditions are predicted to be offset by an increase in passenger figures, which in turn is projected to translate into improved financial performance of the airline sector. It is believed that the global aviation industry will reach up to 33.8 billion US dollars in profits in 2018, up from only 8.3 billion US dollars in 2011. Between 2017 and 2036, the number of airline passengers is expected to grow at a compound annual growth rate (CAGR) of 4.7 per cent.

It said that low-cost carriers and regional airlines have revolutionized the airline business with the introduction of innovative low-fare business models.

“Notwithstanding the fact that airlines such as Easyjetand Ryanair have steadily eaten into the market share of major transportation companies. American Airlines remained the leading airline in terms of passenger kilometers flown in 2017, followed by Georgia-based Delta Air Lines, United/Continental and Emirates Airlines,” the Statistical Portal said.

It remarked also that aviation demand is set to be fuelled by the rising affluence of the middle classes in emerging markets. Consequently, the air traffic industry is forecast to grow most significantly in Latin America and Africa. In 2017, the airports in Atlanta (IATA: ATL), Beijing (IATA: PEK) and Dubai (IATA: DXB) were ranked as the three major airports for passenger traffic.

Air Accidents
2017 is rated as the year with the least air accidents in the history of commercial air transport, but in 2018 there was a spike that all the gains in air safety seemed lost with series of air crashes.
Industry research indicated that 2017 was the safest year for air travel for commercial airlines as fatalities fell. There were no passenger jet crashes anywhere in the world.

IATA during the 2018 Annual General Meeting and World Air Transport Summit (WATS) in Sydney, Australia celebrated the global role of aviation in lifting the economies in developing countries and emerging markets.

“Aviation is globalization at its very best— linking people and economies as never before,” IATA Director General and CEO, de Juniac said.

The global body said startling proof of this is the fact that there are now a record number of cities worldwide connected by airlines, over 20 000 unique city pairs in 2017, an increase of 1,351 over 2016 and more than double the number in 1995.

But Cable News Network (CNN) reported that the number of people killed in plane crashes jumped in 2018 compared with the previous year, with more than 500 deaths recorded.

Nonetheless, 2018 was still regarded as one of the safest years for commercial aviation on record, according to reports from Dutch aviation consultancy To70 and the Netherlands-based Aviation Safety Network (ASN).

The ASN recorded a total of 15 fatal airliner accidents in 2018, leading to 556 deaths, compared with 10 accidents and 44 lives lost in 2017, the safest year in aviation history.

Of those accidents, 12 involved passenger flights and three were cargo flights, the ASN report said. Three of the 15 planes were operated by airlines on the European Union “blacklist,” it said.
Despite the jump in the number of deaths last year, ASN Chief Executive Harro Ranter said the level of aviation safety had increased significantly overall.

“If the accident rate had remained the same as 10 years ago, there would have been 39 fatal accidents last year,” he said; adding that the rate of the year 2000 would have seen 64 fatal accidents.
“This shows the enormous progress in terms of safety in the past two decades,” Ranter added.

The figures for 2018 represent a rate of one fatal accident for every three million flights, said To70.
According to CNN, the consultancy highlighted the Lion Air crash off Indonesiain October — in which 189 people lost their lives — as the deadliest single incident for the year. The aircraft involved was a brand new Boeing 737 MAX plane.

A preliminary report by Indonesian investigators found that the pilots ofLion Air Flight 610were engaged in a futile tug-of-war with the plane’s automatic systems in the minutes before it plunged into the ocean.
“As in previous years, Europe and North America remain the safest parts of the world to fly in. Accidents here are rare,” said To70 in its analysis.

“There are as many accidents within the Airbus 320 family as there involving 737s,” To70 said. “However, the possibility that the Lion Air accident may have a technical cause is of serious concern, considering that the MAX is the future of the successful 737 model.”

In response to the Indonesian investigators’ report, released in November, Boeing said it was “deeply saddened” by the loss of the Lion Air flight — but maintained the 737 MAX 8 “is as safe as any airplane that has ever flown the skies.” The company is “taking every measure to fully understand all aspects of this accident,” it said.
The ASN highlighted “loss of control” accidents as a “major safety concern” over the past five years, causing at least 10 of the 25 worst accidents. “Most of those accidents were not survivable,” it said.