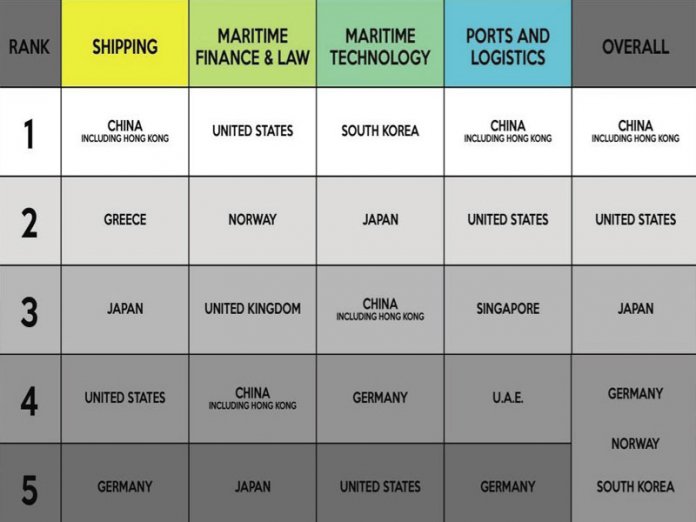 The adequate and sustainable security apparatus, stability of the regulatory framework, tax regime and political institutions, transparency of the legal system and the willingness of government to support the industry are vital to Nigeria’s maritime sector growth and contribution to gross domestic product, writes Eromosele Abiodun

Despite the fact that the maritime sector is said to be next to crude oil in terms of revenue for the government, the sectors contribution to the nation’s gross domestic products (GDP) is still very low.

As a matter of fact, the sector is not even captured in the nation’s GDP by the National Bureau of Statistics (NBS). Experts believe the Nigerian maritime sector is weak and cannot compete favourably with its contemporaries around the world.

Of the four main factors that contribute to the attractiveness of a city, country or region as a global maritime centre of excellence, Nigeria lacks in most of them. The factors are: the existence of significant local ship-ownership and ship-management activities; well established financial, legal and other sophisticated business services; existence of significant port and logistics infrastructures; and good potential of a growing maritime technology culture associated with research and development, innovation, education and availability of local talent pool.

Furthermore, the overall business environment, adequate and sustainable security apparatus, the stability of the regulatory framework, tax regime and political institutions, transparency of the legal system and the willingness of local government to support the industry are vital in securing the attractiveness of a maritime centre.

Together, these factors produce spirals of self-reinforcing growth – or decline, if the factors are absent.
Based on the perceptions of the activities in the different regions of the world, it is being projected that in the near future, competition among the major global maritime centres will intensify as countries and cities aim to position themselves as the leading maritime centres of the world.

The top maritime capitals located in Europe – London, Hamburg, Oslo and Rotterdam- each with its own strong competitiveness, are strengthening their game to remain the world maritime centers of excellence in their own areas of competences.

United Kingdom prides itself as a strong maritime centre with emphasis on maritime insurance, financial, legal services and also the centre of Baltic Exchange. Singapore has positioned itself with respect to running a major shipping hub and trade, a platform that attracts financial, insurance and other related industries to the centre. At the moment it is the leading centre of maritime excellence for 2017 closely followed by Hamburg.

Therefore, the question must be asked: to what extent is Nigeria positioned to play the role of a leading maritime centre of excellence at least in the Sub-Saharan Africa region? How does it compare regionally and internationally?
Experts believe Nigeria’s position with respect to all the four main factors stated earlier is anything but satisfactory to attract the kind of industries and skills that aid the growth of a maritime centre. At the onset of the port concessions, it appeared that the thrust to use ports as a pivot to grow the sector has taken root, but this is yet to be seen when explored against the back drop of poor hinterland infrastructure connections and the high cost of doing business.

All hope is not yet lost in this direction. A review of port inter-connectivity a couple of years ago showed that Nigeria’s liner connectivity index had gone up to about 25 per cent in 2015 from three per cent before 2006.
This significant improvement is being eroded as a result of the heavy congestion at the Lagos ports. If we could, consistently build on the gains of the port concessions and reduce the difficulties in cargo flows, it would be interpreted by potential investors in the sector as an indication that the foundation of a vibrant maritime centre has just being laid.

Sector’s Contribution to GDP
In a bid to put the matter on the front burner so as to get the federal government to do what is needful to turn the sector around, the Shipping Correspondents Association of Nigeria (SCAN) organised a forum where the lead speaker and lecturer at the Lagos Business School (LBS), Dr Frank Ojadi and other stakeholders in the maritime industry bemoaned the non-capturing of the maritime sector in the nation’s GDP describing it as worrisome and disturbing.

Ojadi said the Nigerian maritime sector is weak and may not be able to compete favourably with his contemporaries around the world.

He said: “You can’t pin down what the Nigerian maritime industry contributes to the Nigerian GDP and this is because 80 to 90 per cent of vessels that come into the country are foreign vessels. The foreign vessels owners repatriate the profit accrued from the shipping business in Nigeria to their various countries thereby making it difficult for Nigeria to retain the money in the economy.”
He, however, urged the federal government to urgently disburse the Cabotage Vessel Finance Fund (CVFF) for the development of the maritime sector.

According to him, “For the country to harness his huge maritime potentials there is need for the government to administer the ship acquisition funds also known as CVFF and focus on the infrastructure deficit at the seaports.”
He stated further that the Maritime University Okerenkoko should be pursued and actualised for training of capacity in the maritime industry.

“Training vessels should be provided for the training of seafarers, “he added.
The Chairman of the event, Uju Tony Nwabunike called for quick completion of the port access roads.
Nwabunike, the President, Association of Nigerian Licenced Customs Agents (ANLCA), who was represented by the Vice President of the association, Kayode Farinto also rues lack of consistent policies in the maritime industry.
He said: “No consistent policy to drive the maritime industry, no port development plans like other developed countries.”

According to Nwabunike, Nigeria generated over N10billion in the maritime industry daily but government still neglect the sector.

“Nigeria generated over N10 billion daily in the maritime industry. The government generates the revenue from customs duties, Nigerian Maritime Administration and Safety Agency (NIMASA), Nigerian Ports Authority (NPA), Standards Organisation of Nigeria (SON), National Food Drugs Administration and Control (NAFDAC) among other charges but it has been neglected, “he said.

SOAN’s Optimism
However, the President of Ship Owners Association of Nigeria (SOAN), Mr. Greg Ogbeifun believes that SOAN’s engagement with federal government agencies will facilitate the emergence of a competitive Nigerian maritime industry that is at par with other maritime nations and contribute to the growth of the national gross domestic products (GDP).

He stressed the need to consolidate on the gains made so far in order to reposition the maritime and shipping industry as a strategic driver for the national economic development of Nigeria
SOAN, he said, has through its engagements, increased government’s interest and participation in global maritime opportunities. Speaking further, he gave a breakdown of the ongoing engagements with some of the government agencies, which would not only assist the Nigerian masses in the immediate future, but also transform the country into a truly shipping nation; mentioning areas of engagement with the relevant agencies.

“For instance, the ship owners are presently collaborating with NIMASA in the areas of cadetship training scheme, cabotage, waivers as well as securing Central Bank of Nigeria intervention funds and special interest rates for the Maritime sector,”he said.

The SOAN president also highlighted that the body is engaging the Nigerian Content Development and Monitoring Board (NCDMB), in the area of vessel categorisation, cadetship / funding support; with the NAPIMS: Contract terms, vessel hire rates, dollar / naira payment ratio; with the Federal Ministry of Transportation on CVFF; and with the Maritime Academy of Nigeria, Oron, on the issue of realistic and meaningful support on cadetship training.

The doyen of the Nigerian Maritime Industry, Adebayo Babatunde Sarumi specially thanked the SOAN and the leadership of the government agencies for their patriotic spirits, altruistic commitment and noteworthy dedication to national interest, stressing that in spite of the great odds and challenges, he could now truly see a glowing light, at the end of the tunnel.

He encouraged the SOAN, stressing the need to fight for their rights, especially in the mission of growing the Nigerian shipping industry, acquiring vessels, participating in crude lifting and ship breaking; as well as expanding enduring opportunities for massive employment of Nigerian youths.

On his part, Director General of NIMASA, Dr. Dakuku Peterside said the maritime and shipping industry has now grown beyond its current state because policies had no institutional framework to deliver.

According to him, “What differentiate Nigeria from other countries is that while other countries implement their policies wholeheartedly, policies made in Nigeria are never implemented and some die at formulation stage. This is why we have not moved from where we are to another level. Part of the problem also is that we are not ready for globalisation, which is affecting us. While others are well prepared with infrastructure and credit availability, which is not the case in Nigeria. “

NIMASA, he stressed, recognises the role of stakeholders and players in the industry hence the need for collaboration to ensure growth.

“We have identified that funding is a problem for ship owners so we are working with the CBN to create a special funding to ship owners. Our argument is that the shipping industry alone can generate about 10 million jobs. When well funded, the shipowners can take that huge number out of the labour market and be able to compete with their counterparts all over the world,” he said.