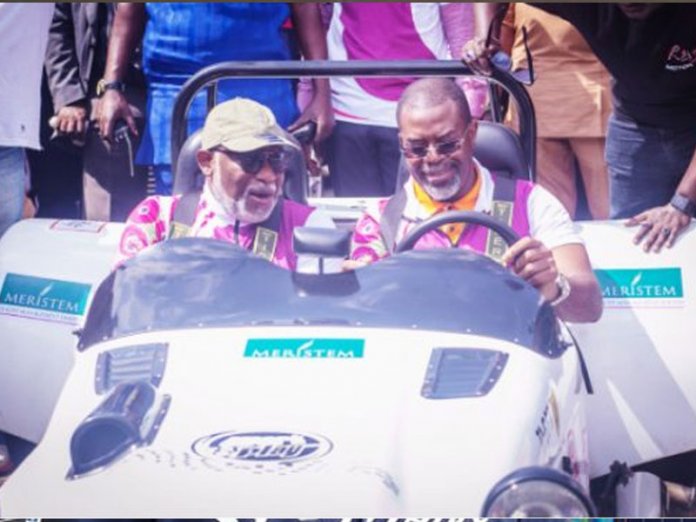 The Coordinator of the Work and Play Rally Series, Mr Omolade Olumide has revealed that the outfit has secured the partnership of Lagos State government to stage the Lagos Auto Rally in 2019. This latest addition has increased the number of cities for the Motorsports promotion to four.

According to him, “We have gotten the support of the Lagos government to organise the Lagos Auto Rally this year. The race in Lagos would be the fourth city that our event would be touching down in the country.”

He said the Lagos Auto Rally like all the events that Work and Play organised in the past, are in accordance with FIA (Federation Internationale de l’Automobile) protocols and fully backed by the Federal Road Safety Corps.

“The Lagos State government officials have been impressed with the level of professionalism with which other events have been organised and the number of endorsements we have secured and agreed to partner us for this landmark event. Full details will be unveiled soon,” he added.

The Work and Play series zoomed off from Sagamu in Ogun State in 2017 and has since been to Akure in November 2017 and 2018. The Ondo Rally was staged before the Zuru Auto Rally in Kebbi.

Olumide said that “The impact we have had in Ogun and especially Ondo State and the professionalism and partnerships that our events have attracted are massive. We have been getting proposals from auto racing communities in different part of the country for us to come and have our events in their cities.”

Last December, at the Zuru Auto Rally in Kebbi, over 5,000 participants graced the event including car racers from Sokoto, Abuja, and the host state. The event was graced by the deputy governor of the state.

According to Olumide, his team’s vision is to build and help stimulate the Nigeria Motorsport industry and canvas support for the sport.

“It may not be a popular sport in the country yet, but Motorsport has a huge latent follower that is unprecedented. The sport also perfectly fits into the character of the youthfully population of Nigeria. We hope to also be able to build a viable industry that generate employment and contribute to the economy of the country in the nearest future,” he projected.

Olumide listed some of the corporate sponsors of the sport to include firms like, SMT, Toyota, Elizade, JAC, Meristem, Air Nambia, BHN among others.

The Tour also hopes to consider proposals for the inclusion of Enugu and Gombe in the 2019 calendar in addition to the traditional hosts of Akure and Kebbi.