Religious leaders in Plateau State have warned the Independent National Electoral Commission (INEC) not to rig the forthcoming elections in favour of any candidate to avoid violence in Nigeria.

The clerics gave the warning yesterday during an interaction session organised for them by INEC in Jos, the state capital.

The leaders drawn from the two main religions – Christianity and Islam, specifically expressed concern at the attitude of some INEC officials who announce election results different from the ones from various voting centres where they are collated.

Justice Hussaini Organ, who represented the Jamatu Nasir Islam (JNI) said, “INEC is the major cause of electoral violence in Nigeria; they will send their officials in the field. After elections, they will not bother to check the pattern of voting and the figures that should be in place and will go ahead to announce the winners just to favour a particular candidate. That is injustice on the people who have the right to choose their leaders and if there is injustice in the 2019 election, we only pray for God Almighty to help us because the people are not willing to take it and there will be violence. So, INEC should ensure that there is no injustice in the coming elections,” he explained.

Reverend David Tyos, who represented the state Chairman of the Christian Association of Nigeria (CAN), Rev. Soja Bewarang, urged the commission to be sincere in its dealings with the people because that is the only way it will succeed in its assignments.

“We don’t want crisis in Plateau State or elsewhere in the country. And the only way to guarantee this is for INEC to be sincere in what it is doing.”

INEC National Commissioner in charge of Plateau, Kaduna, Niger and Abuja, Professor Anthonia Simbine, assured the people that the commission was doing all within its powers to ensure that the election was free and fair.

She said, “We cannot say that we don’t have problems with some of our staff during elections. But the commission is doing all it could to ensure that such problems are addressed through training and retraining of elections officials. But where such things happen, it can be reported so that appropriate action can be taken to address
them.”

“It is also important to mention the worrisome issue of vote buying, a menace that the commission has responded to in three ways. First, we altered the configuration of our polling units by moving the ballot boxes closer to the voting cubicles in order to make it difficult for voters to expose their marked ballot papers.

“Secondly, we have introduced a partial ban on the use of mobile phones and other photographic devices by voters while in the voting cubicles. Thirdly, we are introducing the rolling and flattening of ballot papers by voters before casting them into the ballot boxes.

“However, a new method of vote buying is being devised. We have received credible information that some partisan actors are now going round buying up PVCs from voters or financially inducing them to collect the Voter Identification Numbers (VIN) on their PVCs. In some instances, telephone numbers and details of bank accounts of voters have been collected.

“By collecting the PVCs, their intention may be to deprive the voters of voting since no one can vote without the PVC. By collecting their phone numbers and bank details, the intention is to induce voters by electronic transfer of funds to their accounts since it will be difficult to buy votes at polling units. By collecting the VINs, they may be acting on the mistaken notion that our system can be hacked into and the Card Readers somehow preloaded ahead of election and compromised.

“We want to reassure Nigerians that we are aware of the new tricks. It is a futile effort. We will work with the security agencies to deal with violators of our electoral laws, including those who may be trying to compromise our staff responsible for making the PVCs available for collection by legitimate voters”.

Resident Electoral Commissioner (REC), Halilu Pay, disclosed that so far, 169,063 voters in Plateau State made up of 93,811 males and 75 374 females have collected their Permanent Voters Cards (PVC) leaving the balance of 343,469 PVCs across the state. 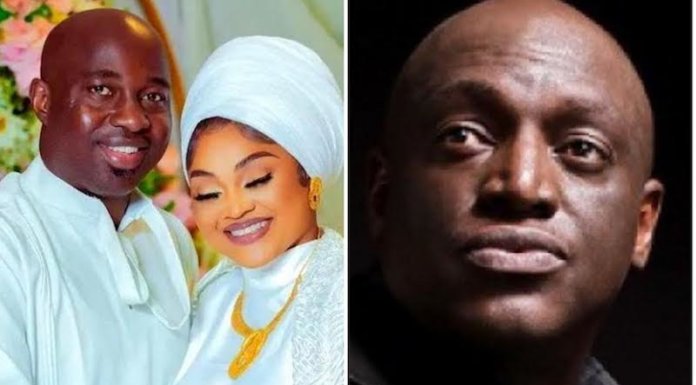