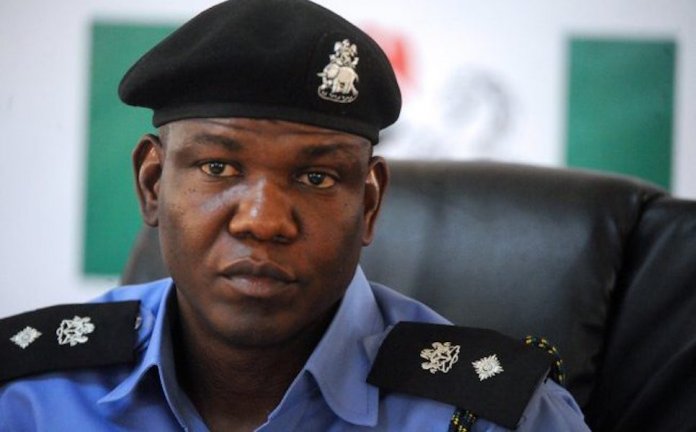 *As 315,032 apply for employment as police constable

The Acting Inspector General of Police, Mohammed Adamu, on Wednesday announced the appoinment of ACP Frank Mba as new Spokesman for the Nigeria Police Force.

Mba takes over from Moshood Jimoh, an acting Deputy Commissioner of Police.

According to a statement by the Deputy Force Public Relations Officer, Force Headquarters, Abuja, CSP, Adeniran Aremu, Mba, until his appointment, was working at the Special Fraud Unit (SFU), Ikoyi- Lagos.

“The posting is with immediate effect”, the statement said .

Frank Mba, an Assistant Commissioner of Police and a Lawyer, is an alumnus of the University of Lagos where he studied Law. He also has a Masters Degree in Law from the University of Dundee, Scotland- United Kingdom. A product of the Nigeria Police Academy, Kano where he had his initial police training, Frank is a graduate of the prestigious FBI National Academy, Quantico- USA. He also holds a Certificate in National and International Security from the Harvard University, USA.

“The new Inspector General of Police has therefore charged him to bring his wealth of experience to bear in revamping the image of the Force, improving the relationship between the citizens and the police, bridging existing communication gap between the police and its stakeholders, and assisting the IGP in realising his mission and vision for the Force and the nation”, Aremu stated.

Meanwhile, the Police Service Commission (PSC) on Wednesday said it received 315,032 applications for recruitment into the Nigeria Police Force as Constables at the close of its recruitment portal on Friday, January 11, 2019.

Consequently the Commission will commence the next step of short listing qualified applicants based on its advertised requirements, while successful applicants will be invited for physical and document screening.

A statement by Head, Press and Public Relations, Ikechukwu Ani, said short listing of the candidates will be carried out online.

The applicants, according to the statement, are required to possess an 0’ level certificate or its equivalent with at least five credits including Mathematics and English language in not more than two sittings. Applicants must be a Nigerian Citizen, not less than 18 years of age or more than 25 years of age. They must also be of good character and must not have been convicted of any criminal offence.

A breakdown of the applicants showed that Niger State still kept its first position on the number of applications received with 18,549 applicants followed by Kaduna with 17,936, Kano, 17,483 and Katsina, 17,354.

“At the close of the recruitment portal, 271,068 males applied while only 43,785 female applications were received”, Ani said.

According to him, the Commission recently got the approval of the Federal Government to recruit 10,000 Nigerians into the Force as Constables for the year 2019.

The statement noted that Chairman of the Commission, Alhaji Musiliu Smith, a retired Inspector General of Police, expressed delight at the successful conclusion of the first leg of the recruitment exercise, adding that the Commission is committed to a transparent, hitch free and merit driven exercise that will ensure the recruitment of the best for the Nigeria Police Force.